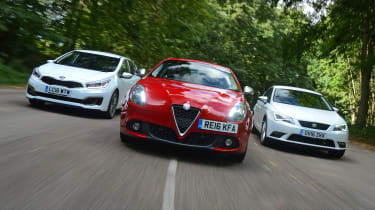 In the six years since its launch, the Alfa Romeo Giulietta has only had one round of minor changes, in 2014. In that time we’ve seen all-new versions of the SEAT Leon and Kia Cee’d appear, with the latter even receiving a mid-life facelift.

So a thorough going over for the Alfa is long overdue, prompted by the arrival of the new Giulia saloon. Along with the forthcoming Stelvio SUV, that model will be key to relaunching the brand in the US.

But Europe and the UK in particular still love their hatchbacks, so the facelifted Giulietta is an important car in Alfa’s quest to reach 400,000 sales per year by 2018. 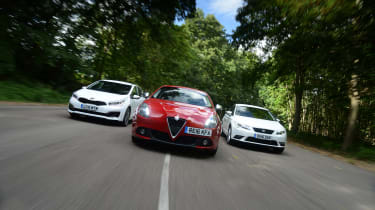 As a result, the Giulietta looks more like its new saloon cousin, but don’t expect a complete overhaul – instead, the styling tweaks are minor, while the main highlight is that the 1.6-litre diesel engine is now available with Alfa’s TCT twin-clutch transmission.

It’s that model we’ve lined up here, but the Giulietta faces a tough challenge as it meets the Leon, plus the Cee’d diesel with a twin-clutch auto. Has the refresh given the ageing Alfa a new lease of life? 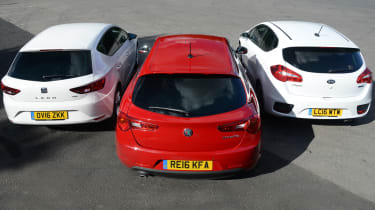 These are three of the most style-led family hatches on sale, and in these specs there are lots of design features to like. Despite its age, the Giulietta still looks different, while GT-Line spec gives the Cee’d a sporty appearance (although it’s actually a 4 model in our pictures). Sharp creases and bold lines help the SEAT stand out from the crowd.

These 1.6 diesels are all about efficiency, and while the SEAT is the most frugal choice, the Alfa will help cut business costs with its 99g/km emissions. Still, go for the cheaper DSG auto Leon and although it emits 3g/km more CO2, you’ll pay £62 less in tax per year, or £162 less for the manual. 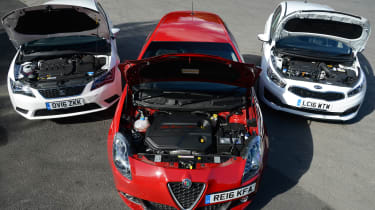 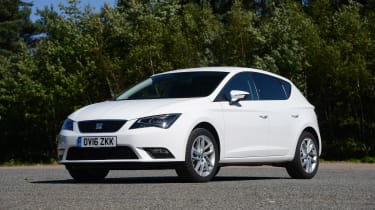 The Leon has lost ground to cars like the all-new Renault Mégane, but it’s still a class act. It steers and handles brilliantly for a family hatch, and while it doesn’t deliver as much performance, it makes up for this with its practicality, low running costs and more affordable price. Spend the money you’ll save on a few more options and you’ll have a brilliant family five-door. 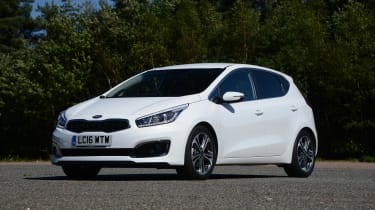 A punchy engine and fairly agile handling mean the Kia lives up to its looks in GT-Line trim. It’s well equipped, too, while material quality is fair. However, the ride is too firm for an everyday hatch, plus its higher price and the worst efficiency on paper put it at a disadvantage. Decent practicality and that warranty still make it a dependable workhorse with a few neat flourishes. 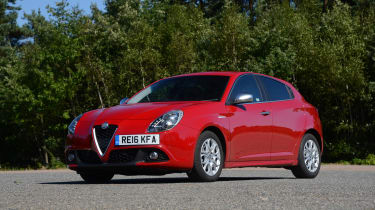 Time hasn’t changed the Giulietta’s striking design, but its rivals have moved on massively when it comes to driving and ride quality. The 1.6 diesel is efficient, but its high price rules it out as a company car, and while performance is good, it doesn’t ride and handle with enough comfort or composure to trouble the SEAT. Extras like the steep £1,050sat-nav confirm the Alfa’s undoing. 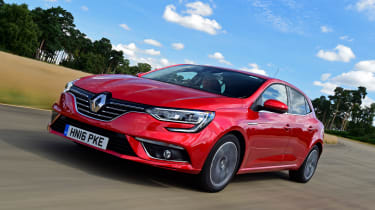 Fresher styling inside and out, more tech and plenty of practicality make Renault’s new Mégane our favourite family hatch. Its sleek looks match the Alfa’s, as do its 98g/km CO2 emissions and price tag. 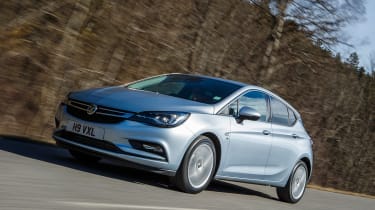 The Astra has power to match the Kia for similar money, and offers decent performance. It’s relatively well equipped in racy SRi Nav trim, but 119g/km emissions for the below-par auto put it out of contention in terms of running costs.