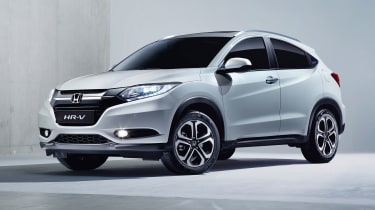 Following the reveal of the HR-V at the Paris Motor Show last year, Honda has announced full specs, prices and details on its Nissan Juke rival. We've driven the car and you can read the full Honda HR-V review here. The new HR-V will arrive in showrooms in late August 2015 priced from £17,995 for and entry-level S model.

The distinctive, versatile, high-riding newcomer will become one of the largest models in the small crossover class when it arrives in the summer, at 160mm longer than the Juke and a fraction larger than the Vauxhall Mokka – another of the sector’s biggest cars. 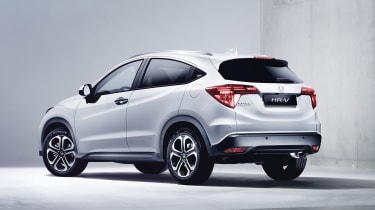 Honda has clearly focused on practicality with the HR-V, claiming it will have “class-leading interior space with MPV versatility”.

The company’s inventive Magic Seats are fitted as standard, with tumble and fold functions allowing owners to make the most of the space inside.

With all five seats in place, the car will provide a 453-litre boot; fold them flat, and this rises to 1,026 litres. These pictures also give us a good look at the cabin. 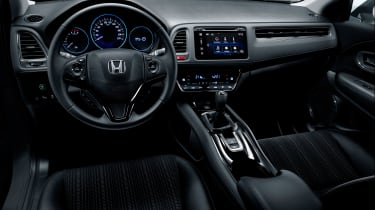 Liberal use of soft-touch materials and chrome accents mirrors the sporty exterior, while the seven-inch Honda Connect touchscreen – operated by smartphone-style gestures – comes as standard on Sport and Executive models. A smaller five-inch screen is available on entry Comfort spec.

Running on Android software, the infotainment system gives passengers access to Internet-based services such as Twitter and real-time traffic reports as well as Garmin navigation. 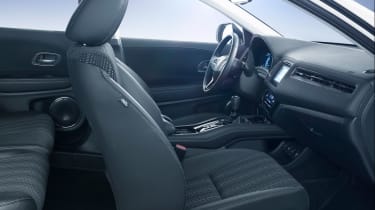 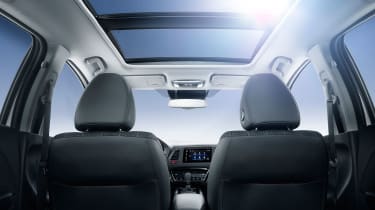 In the UK, only front-wheel-drive models will be offered, with just two engine options. The 129bhp 1.5 i-VTEC petrol and 119bhp 1.6-litre i-DTEC diesel come from Honda’s Earth Dreams Technology series.

A six-speed manual gearbox is standard on both versions, with the petrol model also available with a semi-automatic CVT transmission.

Prices are still yet to be officially confirmed, although a starting figure of around £16,000 is expected.

Click here for a full preview of the 2015 Geneva Motor Show...