The Honda Jazz has a new range-topping Sport trim, complete with styling tweaks and extra power, but what's it like on the road? 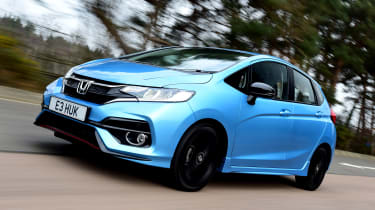 Don’t be fooled, the Honda Jazz Sport is no hot hatch. However, the peppier engine and more dynamic styling do offer added appeal – especially in a market so popular with younger buyers. Those used to modern turbo engines will continue to find the Jazz a challenge, but fans of high-revving naturally aspirated units will find solace in the old-school Sport. Still, the cheaper versions make more sense.

In the UK, the Honda Jazz has always had a bit of an image problem. While young Americans lap up the US-badged Fit, here in Britain the practical supermini has long been the preserve of the older generation.

To change that, Honda has given its smallest model a mid-life nip and tuck, along with an all-new 1.5-litre petrol engine and range-topping Sport trim. While it’s no hot hatch, the peppy motor brings it closer to rivals like Ford’s flagship 138bhp Fiesta EcoBoost.

We first drove the updated Jazz late last month, but this is our first chance to see how the Sport handles on UK roads. Our car is the higher-spec Navi version, which as the name suggests, comes with a seven-inch touchscreen and Garmin sat-nav. Other standard kit for all Sport models includes LED lights, 16-inch alloy wheels and air conditioning. 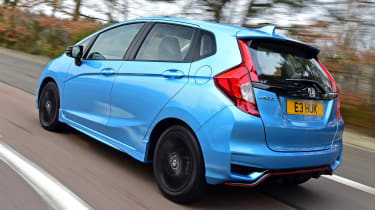 The visual changes over the old Jazz are minimal, but those with a keen eye will notice a new grille and bumper, as well as lightly tweaked headlamps. The Sport version gets a body kit and some red detailing, but it’s more discreet than a Fiesta ST-Line or SEAT Ibiza FR.

Inside, you’ll find leather on the steering wheel and gearknob, as well as new fabrics for the seats. Sport models get orange stitching, while the fiddly infotainment system is lifted from the latest Civic.

On the road, the new engine gives the Jazz a previously unfound character. Those used to modern turbo engines will find it needs to be worked quite hard, but it’s a rev-hungry unit with enough shove to put a smile on your face. 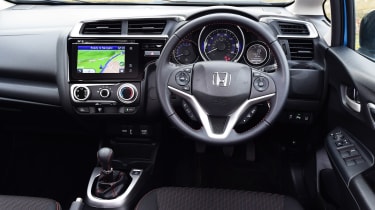 It rides quite nicely around town, too, without the harsh edge found on some sport-tweaked rivals. It takes speed bumps in its stride, and while the short-throw gearbox isn’t as sweet as the Civic’s it shifts sweetly and with surprising accuracy. The light steering makes it easy to thread through traffic, too.

But while that off-the-line pace is pleasing in urban environments, the lack of torque shows it up on faster roads and motorways. You’ll have to better plan your overtakes than you would in one of the Honda’s turbocharged rivals, often requiring a gear change to speed progress.

Up the pace and the Jazz’s rough edges are further emphasised. While it doesn’t roll too much, a Fiesta is sharper and better fun to drive. The latest Volkswagen Polo is more grown up, too, feeling more refined on longer journeys. 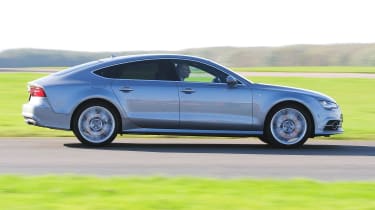 But many buyers will understandably be more concerned with finance than fun. How much a car like this costs to run will be a priority for almost every small car customer – and the Jazz falls slightly short in this area, too.

Still, those after a spacious, practical and well equipped small car will appreciate the dinky Honda’s considered cabin and huge boot. Fold the rear bench and the big, square load bay is almost unrivalled in this sector, while the brand’s famous Magic Seats (missing on the latest Civic) offer buyers a practical edge in the supermini class.