The Infiniti Q60 Coupe is a left-field alternative to the BMW 4 Series, Audi A5 and Mercedes C-Class 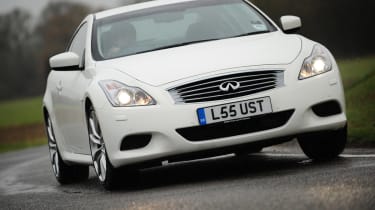 The Infiniti Q60 was always going to have its hands full when it came to rivaling the BMW 4 Series, Mercedes C-Class Coupe and Audi A5. However, if its stylish looks and high levels of standard kit are anything to go by, the Infiniti Q60 should have the German trio looking over their shoulders.

Infiniti is Nissan's premium brand (think what Lexus is to Toyota, and you'd be near the mark), so the Infiniti Q60 shares its underpinnings with the fine-handling Nissan 370Z. However, with its L-shaped light clusters front and rear, rakish roofline and flowing, bulging bonnet, the Infiniti Q60 gets its own distinctive look.

The Infiniti Q60 is available as either a coupe or a convertible. It comes in four trim levels: GT, S, S Premium and GT Premium, which is only offered with the soft-top car. The only engine available throughout the Infiniti Q60 range is a 315bhp 3.7-litre V6 petrol unit from Nissan. All versions drive reasonably well.

Infiniti is still a relatively unknown brand in the UK, despite its high profile sponsorship of the Red Bull Racing Formula 1 team and various endorsements by quadruple F1 champion Sebastian Vettel. Over in the United States, however, the Infiniti brand is pretty successful, so the badge does have some clout.

The Infiniti Q60 gets a decent driving position - the steering wheel gets a lot of adjustability, and the dials move with the steering column, meaning you get a great view of the road ahead.

In addition to its underpinnings, the Infiniti Q60 also shares the same 3.7-litre V6 engine as the Nissan 370Z and just like in the Nissan, the powerplant is smooth, providing plenty of torque.

In terms of handling, the steering feels quite light and the brakes lack feel and precision. Infiniti has tweaked the Q60's handling for the UK market but even now, the damping can't compete with its rivals when it comes to coping with bad road surfaces.

Despite the tweaks, though, it's still quite thirsty as it returns a pretty poor 29.6mpg on the combined cycle, and emissions of 246g/km of CO2.

Expect the Infiniti Q60 to have low resale values, too. The brand simply doesn't command the same premium as rivals such as the BMW 4 Series (or a used 3 Series coupe) in the UK, so it's worth considerably when the time comes to sell it on.

Despite being built in Japan, the Infiniti brand was created by Nissan to compete with Lexus and BMW mostly in the United States' market. As a result, the Infiniti Q60 may not reflect the latest European tastes and trends in car aesthetics, but it's certainly distinctive.

The interior of the Infiniti Q60 is also a decent place to be and there are some attractive details that underline the brand's premium aspirations. The analogue clock is a classy touch, and the Infiniti Q60's dials glow in the Infiniti signature purple. The illuminated entry guards are also nice, as are the 16-inch alloy wheels.

Some pieces of trim are, however, slightly cheap feeling so overall, the cabin isn't as upmarket as one of the German cars.

The Infiniti Q60 doesn't have a great deal of space in the back as a result of its steep roofline. The 2+2 seating is adequate, but nevertheless, rear passenger space is best used as an extra place for storage.

When compared to some of its rivals - notably the BMW 4 Series and Mercedes C Coupe - the boot on the Infiniti Q60 also seems extremely small at 275-litres; over 150-litres less than both German cars.

The Infiniti Q60 uses tried and tested components from the Nissan parts bin, so it’s extremely robust and very well screwed together.

While it doesn't quite manage to turn on the luxury like in a BMW, Audi or a Mercedes, the Infiniti Q60 certainly matches them in terms of outright dependability.

There isn't any Euro NCAP data for the Infiniti Q60 Coupe, but when it was tested by the organisation in 2009, the Infinity FX SUV scored the maximum five stars, suggesting other models should be safe in the event of an accident. The Infiniti Q60 also gets six airbags, and a tyre-pressure monitor as standard. 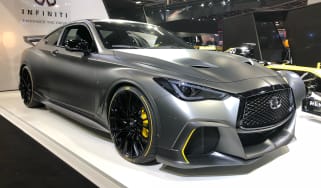 Infiniti Project Black S draws on Renault F1 knowhow for aero design and hybrid systems, and hints at sporty specs on the way
Infiniti Q60 vs Lexus RC vs Audi A5 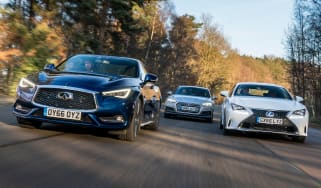 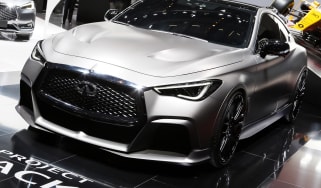 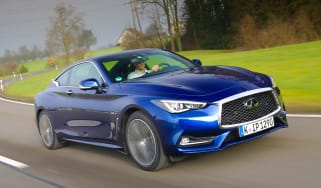 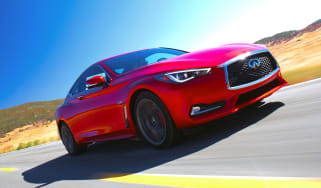 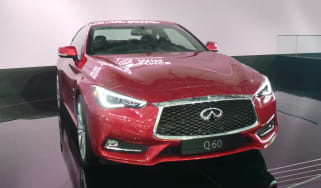 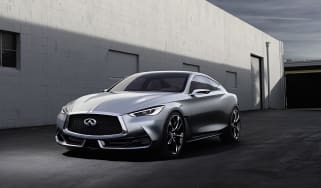 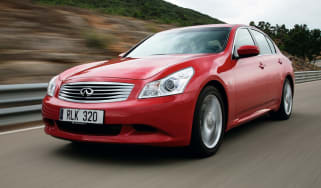 The Infiniti G saloon is designed to challenge the BMW 3 Series and Audi A4, but it only comes with a thirsty 3.7-litre petrol engine
Infiniti G37 Convertible: Third report 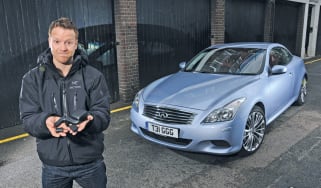 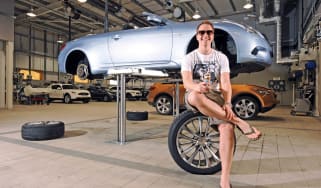 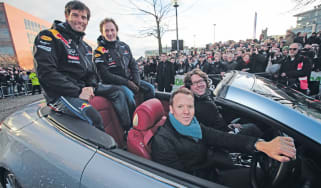 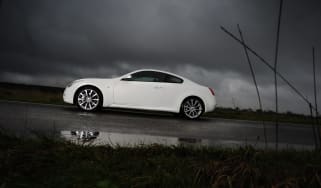 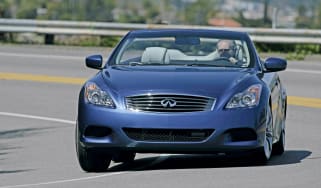 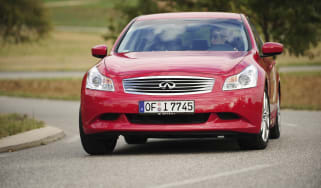 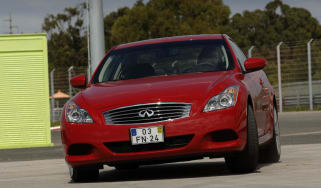 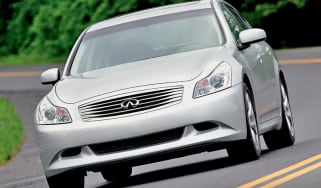 The Infiniti's brilliantly built, has a high quality cabin and is good fun to drive
Nissan Infiniti M35 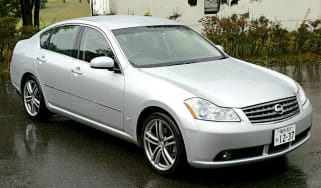 In 1990, Toyota went from leader of the bland to champion of the premium car brand. In launching its luxury Lexus division, the firm took on the likes…
Skip to HeaderSkip to Content