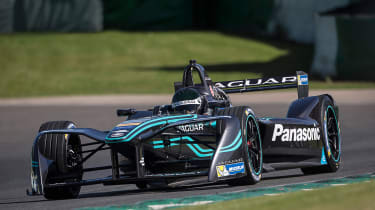 Jaguar Racing has revealed its first ever all-electric racing car, the I-TYPE 1, as well as it’s driver line-up for the 2016/17 Formula E season. The firm's arrival in Formula E also represents the green light for its electric road car programme.

Brit Adam Carroll and New Zealander Mitch Evans will line up on the grid at the team’s first race in Hong Kong on 9 October, with. Chinese racer Ho-Pin Tung as the team’s reserve driver.

The I-TYPE’s full racing livery has also been shown for the first time, with Japanese electronics giant Panasonic named as the team’s title sponsor. 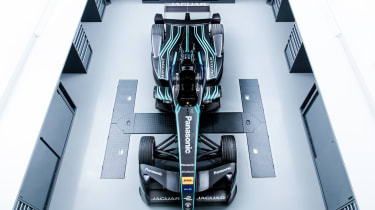 Speaking at the launch event at the new Jaguar Collections Centre at the company’s HQ in Gaydon, Warwickshire, team chairman Gerd Mäuser said, “Today marks a new chapter in the history of Jaguar Racing. It’s part of an unstoppable momentum towards electric cars, and we expect more rivals to join Formula E.”

Audi recently announced future factory support for the ABT Schaeffler team, while Renault and DS are already established among the other teams set to compete in the third season of the all-electric race series.

Team Director James Barclay revealed his hope for Jaguar Racing for the coming season after 12 years away from motorsport. “We want to be successful on and off the track. We’re under no illusions that it’s an incredibly competitive series, but we’ll be racing hard from the start of the season,” he said.

Jaguar Land Rover engineering boss, Nick Rogers, told Auto Express how the race team will influence future Jaguar road cars. “The race team is a key part of our product development,” he said, “All of the control systems and technology is being pushed to the absolute limits on track and this will be flowing back into our vehicles.”

Northern Irishman Carroll, world champion in A1 GP in 2009, was looking forward to his first race outing in Formula E, saying: “Testing’s going very well and the car’s very reliable so we can work hard towards Hong Kong.” 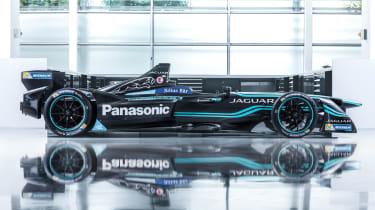 There are currently ten rounds to the 2016/17 Formula E season, but with Battersea Park in London, which hosted British rounds of the championship for the past two years, now ruled out, there’s no UK round on the calendar.

However, Formula E CEO Alejandro Agag, revealed to Auto Express that he was hopeful there would be an announcement on a race in London, soon. “We have a date reserved in April and are working on planning permissions,” he told us.

Are you excited for Jaguar's arrival in Formula E? Let us know in the comments...