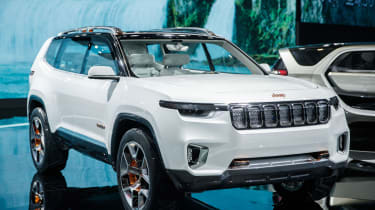 Jeep is FCA’s most popular marque in China with over 130,000 sales in 2016, and the brand left its impression on the 2017 Shanghai Motor Show with the reveal of the Yuntu Concept – a bold looking SUV envisioning a plug-in hybrid future for the 4x4 firm.

The Yuntu concept marks the first time Jeep has dabbled in hybrid technology, and is intended to showcase that the marque is moving with the times. However, it’s not intended to woo prospective European and American buyers – the concept is strictly testing the Chinese waters for now. 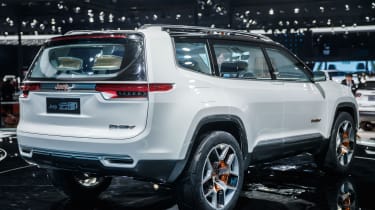 While Jeep has confirmed that the Yuntu utilises a plug-in powertrain, no technical details or specifications have been revealed. It does confirm the firm’s intention to electrify parts of its range however, and we expect the next generation Wrangler – due in 2018 – to arrive with a hybrid powertrain option.

Jeep revealed an all-electric Wrangler concept in 2008, but we don’t believe full electrification is part of the plans. Speaking to Auto Express earlier this year, Jeep boss Mike Manley said a fully electric powertrain would not be a great fit for future models. 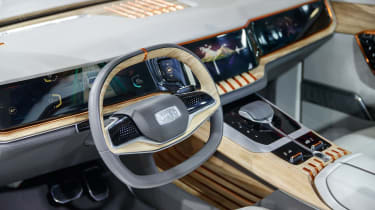 While the Yuntu concept previews a model for the Chinese market only, it could hint at the global design direction of all Jeep models. It’s still distinctly Jeep at the front with the trademark grille joined by modernised, thin headlights. Thin LED taillights are found at the back, and a chunky new D-pillar appears.

Inside, the cabin is light and airy, making extensive use of pale wood. A huge digital display runs the length of the dashboard too. Jeep has said very little about when to expect the Yuntu to transition into a production model, but it’s unlikely that we’ll see it on sale here in the UK.

Should Jeep push into the hybrid SUV market? Let us know your thoughts in the comments...