Kia has launched its first hybrid, and has the Toyota Prius in its sights. But can the Niro really topple the established class leader? 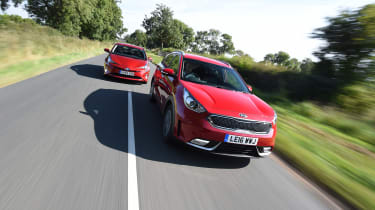 After a slow start in life, hybrid cars are finally starting to find favour with more and more buyers. So it doesn't come as a big surprise that Kia has finally pulled the covers off its first ever petrol/electric production model to hit UK roads.

Called the Niro, the newcomer is a standalone model, rather than an existing machine that's been adapted to accept some eco-friendly running gear. Slotting between the Cee'd hatchback and Sportage SUV, the Niro has the looks and proportions of a rugged and fashionable crossover, rather than the wilfully eccentric lines of many hybrid machines. And while its CO2 emissions of 88g/km look a little high, the Kia hits back with value prices and a generous kit list.

So has Kia done enough to make sure its first ever hybrid goes straight to the top of the class? To find out, we're pitching the Niro against the petrol/electric establishment in the form of Toyota's Prius.

The latest, fourth-generation Prius has finally delivered on the promise of its predecessors; this hybrid family hatchback serves up a compelling blend of performance, driving enjoyment and low running costs. So which of our green machines takes eco-friendly honours here? 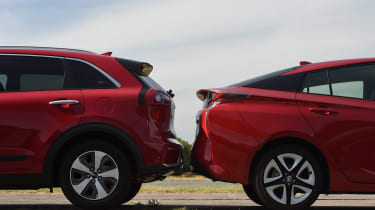 In an effort to boost efficiency, both our hybrid contenders are designed to cut through the air with as little resistance as possible. The Toyota leads the way with its impressively low drag coefficieint of 0.24Cd, which is the lowest of any car currently on sale. The Niro's figure of 0.29Cd is beaten by models such as the Mercedes E-Class. 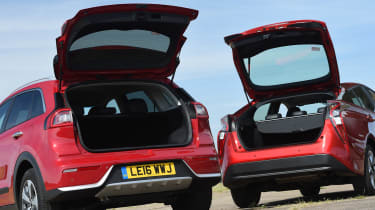 Even though they have different bodystyles, our duo are closely matched when it comes to space. The Kia's 373-litre boot is a little larger, but isn't as easy to access as the Toyota's. While our test cars have similar rear legroom, taller passengers benefit from more headroom in the Kia. 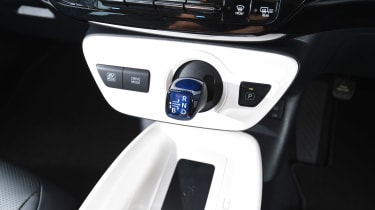 Toyota has stuck to its proven CVT box for the latest Prius. It's well suited to the petrol/electric set-up, as it's designed to keep the engine at the right revs for the best power and efficiency. The Kia's six-speed twin-clutch unit is more responsive but a bit jerky. 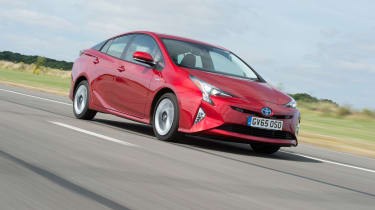 In the final reckoning, the Prius takes a relatively straightforward victory. With this fourth-generation model, Toyota has addressed all the old car's faults and built on its strengths. The futuristic styling and space-age interior won't be to all tastes, but the practical, cost-effective and well equipped Prius no longer has to make excuses for its pioneering powertrain. 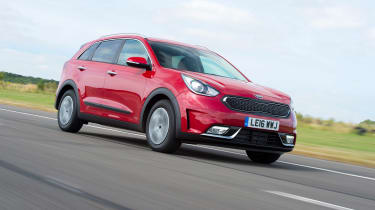 By steering clear of the normally extrovert hybrid styling cues, Kia has created a petrol/electric model that doesn't shout about it. In isolation, the Niro is a spacious, well equipped and efficient family car that deserves to be on any buyer's shopping list. However, it can't match the Toyota's broad list of talents, while its emissions aren't that impressive for this kind of machine. 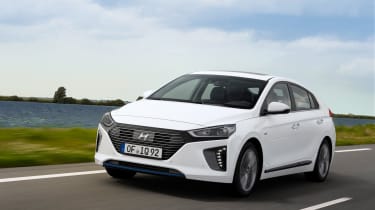 Kia's sister brand Hyundai has taken the Niro's hybrid powertrain and wrapped it in a sleek Prius-style five-door hatchback body. All versions emit just 79g/km and prices start at £19,995.