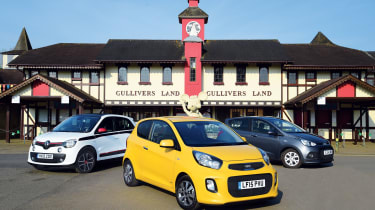 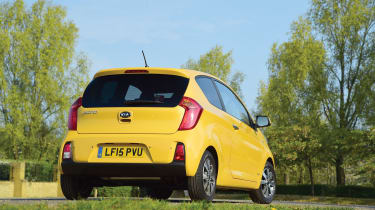 There’s no shortage of cars vying for your hard-earned cash, either, and the latest to hit the market is Kia’s facelifted Picanto. It’s a mild update on the affordable, head-turning urban runaround with an even more efficient engine to help cut running costs further – but it’s got a tough challenge to face. 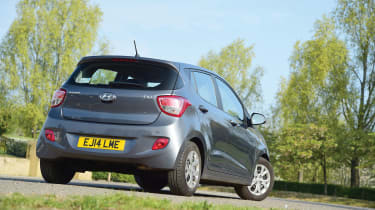 We’ve lined up the mature Hyundai i10, which is practical enough to shame models in the class above, as well as the Renault Twingo, with its fresh, leftfield approach to the conventional city car recipe. Has the new Picanto got the beating of them? 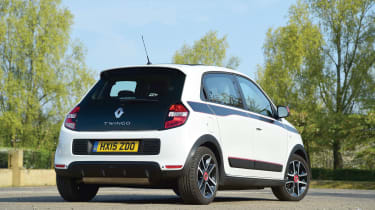 All of these contenders come in under the magic £10,000 mark, so are cheap to buy and economical to run. Yet which of our trio of pocket-sized runabouts is king of the urban jungle? We took to the road to find out.

Click the links above to read individual reviews, and scroll down to see which city car takes top honours in this test... 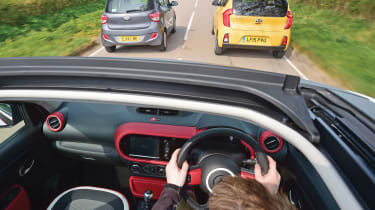 The city car class is bursting with quality, so to stand out, looks matter. The Twingo fits the bill, with a cute but funky design and plenty of personalisation – including our car’s peel-back roof (above). The new Picanto isn’t radically different, but its sharp lines still appear fresh. In this company, the dowdy i10 isn’t going to win any prizes for style. 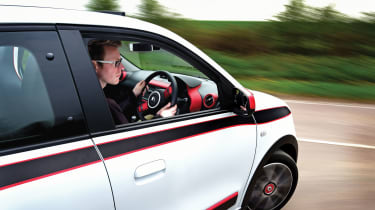 It might not be able to park nose to the kerb like an original Smart car, but the Twingo’s incredible manoeuvrability means it’s right at home in the city. With so much steering lock, tight spaces are simple, while three-point turns become two. It makes the others look like stretched limos. 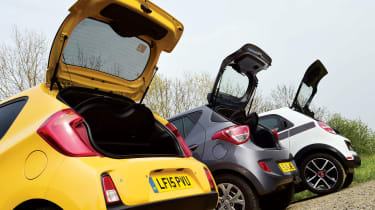 Both the i10 and Twingo have bigger boots than a Suzuki Swift, so downsizing to a city car doesn’t have to mean a loss of practicality. The Hyundai carries four people and luggage with ease, but in the Twingo and Picanto, you have to travel light. 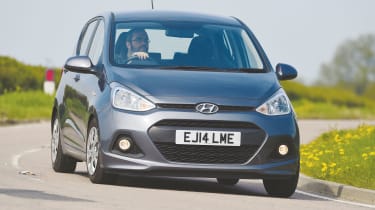 We can’t help but be impressed by how well developed the i10 feels for such a small car. It offers bags of practicality and is a decent cruiser, plus its cabin delivers big car quality and refinement. It can’t match the Twingo for outright fun, but its broad spread of abilities makes the little Hyundai hard to ignore and it takes a well deserved victory in this test. 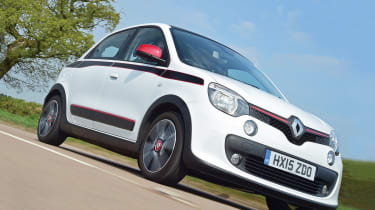 In town, the Renault’s darty handling and superb manoeuvrability are hard to ignore. Add to that its fun looks, fair spec and surprising versatility given its size, and the Twingo has lots going for it. Yet its engine is short on power, and it struggles on longer journeys. Yes, it’s fun and funky, but the Twingo’s appeal is a little uneven and it can’t match the i10 for all-round appeal. 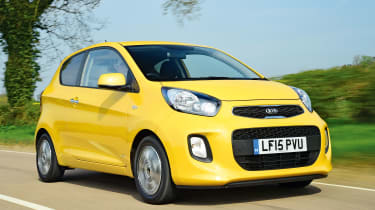 The Picanto is by no means a bad city car, but this facelift is so minimal that it hasn’t really changed our verdict. This three-door model can’t compete against the practicality an extra pair of doors adds, either, although the SR7’s standard kit list is good. In this guise, the Picanto represents a middle ground between the town-friendly Twingo and relaxed i10. 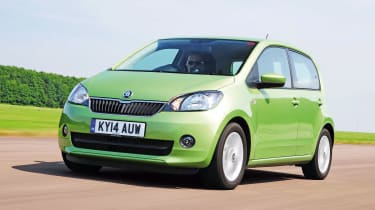 Skoda’s Citigo combines all of the best elements of the three cars above – with five doors and a roomy, classy cabin, there’s lots of practicality and a bit of panache. It might be slightly down on power, but the SE is well priced and equipped. 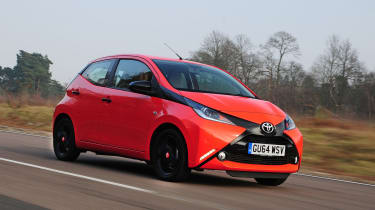 It’s a little more expensive, but the new Toyota Aygo is one of the most customisable city cars of the moment. You can choose different colours for the striking ‘x’ face, and with five doors there’s still lots of functionality on offer.