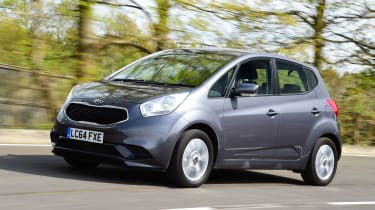 If low running costs are a priority, then diesel versions of the Venga make the most sense.

The top-spec 1.6-litre CRDi diesel is equipped with stop-start technology – Kia calls this Intelligent Stop and Go, or ISG – and promises fuel consumption of only 64.2mpg, while 115g/km CO2 emissions mean low road tax bills. ISG also cuts fuel and road tax bills on the 1.4 and 1.6-litre petrol cars, which return 50.4mpg and 47.9mpg respectively. In fact the only models that don’t get ISG are cars fitted with the 1.6 petrol engine and an auto gearbox. 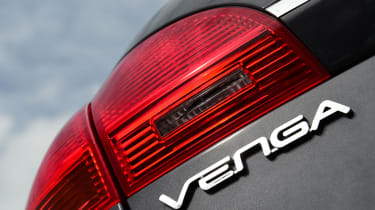 But you don’t have to buy a high-spec Venga to get low fuel consumption and emissions: a 1.4-litre diesel is available in the Venga 2 – not quite the cheapest version - which like its bigger brother can also deliver 64.2mpg and 115g/km on the official combined test cycle. The CRDi versions also benefit from longer, 20,000-mile service intervals; petrol versions of the Venga will need attention from your local dealer every 10,000 miles.

The Venga is relatively cheap to purchase too, of course, and the decent spec levels at each price point make the trim levels look very competitive.

Given it’s unexciting performance, it’s unsurprising that the Venga line-up is not costly to insure. The model ranges from insurance group eight to 15, depending on the spec you choose.

The Kia Venga represents strong value for money, undercutting less well-equipped mainstream rivals on price. However, it doesn’t hold on to that price especially well and poor predicted residual values undermine the otherwise excellent financial case for this car. CAP reckons you’ll hold on to around 39 percent of the new price if you sell at three years/36,000 miles, but the SR7 special edition could drop as low as 36 percent.

If you pick one of the more expensive models, those sorts of percentages can hit you hard in the wallet.