How to fit a Fairey overdrive to your series Land Rover 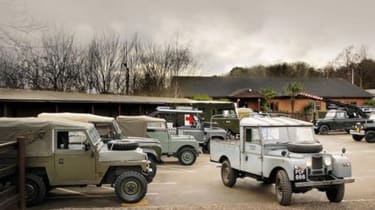 An overdrive is one of the biggest improvements you can make to a Series Land Rover, raising its cruising speed and making it more relaxed to drive. Both those factors will improve your safety on the road, too, as anyone who has had a heavy lorry breathing down their neck as they grind along in an elderly Landy will well understand.

By far the most common overdrive unit is the one made by Fairey. Introduced in 1975, it was adopted by Land Rover as an official accessory and became very popular. Fairey Winches was taken over in the 1980s by US company Superwinch, which continued to make them for a while, but they’re no longer available new.

Secondhand units are in big demand and typically sell for between £450 and £550 on the open market. The good news is that the Fairey overdrive will fit Series Land Rovers from  I to III, and it’s pretty reliable. The downside is that it will wear rapidly when owners neglect to check the oil level in its tiny sump… and new parts can be hard to find.

A worn unit whines loudly, so it’s best to buy from someone whose word you can trust; even better is to listen to the unit in operation before it’s removed from a vehicle. The Fairey overdrive is effectively a separate gearbox, with a lever in the cab that you push forward to engage, and pull back to disengage, while depressing the clutch. While it will work in any gear, you’re not advised to use it with first or second due to the torque involved.

The unit bolts onto the back of the transfer box, much like a PTO – which means you can’t have both on your Landy – and is quite easy to fit, requiring nothing more complicated than basic hand tools. The only tricky part is removing and reinstalling a special nut on the gearbox mainshaft, as explained in the picture captions.

Of course, adding an overdrive involves some compromise to originality for anything earlier than a late-model Series III, but the Fairey unit has become a period accessory in its own right and will generally increase rather than detract from a vehicle’s value. More importantly, it will make your Landy nicer to drive – and that means you will probably use it more. Which has to be a good thing.

• This can be done from above the chassis, but ensure the vehicle is on a level surface and prevented from rolling• The overdrive is heavy so use a crane or assistance as necessary when manoeuvring it into position• Wear gloves to protect from oils, and wear eye protection when drilling 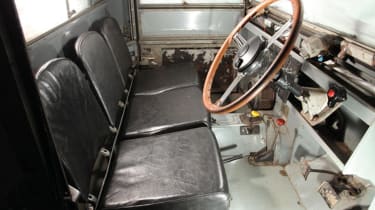