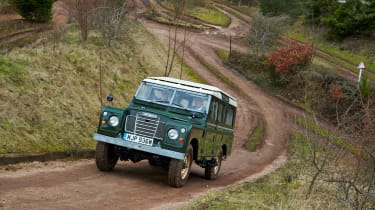 Later this year, Defender production at Land Rover’s Solihull plant will cease – more than 60 years after the first Land Rover Series I rolled off the line.

To celebrate, Land Rover has opened its production line to the public, along with a new visitor attraction that replicates what it would have been like back in 1948. We were lucky enough to be invited along for a look – and got a chance to drive a rare 1965 Series II on some of JLR’s toughest off-road tracks.

Opened officially last month, the new Defender tour showcases several replica models in various stages of production – from a basic body in white, through to a series of meticulously restored cars. Punters are provided with imitation overalls, and can even clock in and out, just as the workers would have done back in the 1940s. 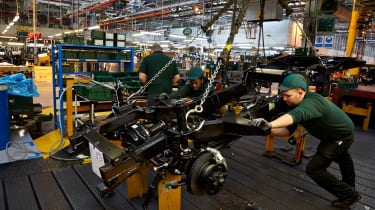 The tour boasts an area dedicated to Land Rover’s history, telling the story of how the original Series I came about, with previously unseen video footage to help set the scene.

The workforce at Land Rover’s Solihull plant has doubled in recent years from around 4,000 to more than 8,000 – although only 450 people work on the Defender line. All in, Land Rover makes 500 Defenders each week. At its peak in the 1970s, it was churning out as many as 1,250 units.

Land Rover: so much and yet so little has changed

Of course, some production methods have changed – but we were fascinated to learn that the front door of a modern-day Defender is so similar to the original that you can fit a brand-new 2015 door to a car originally manufactured in 1958.

After our tour of the factory, we took a seat in an original 1965 Land Rover Series II. It had around 60bhp when new, along with four-speed manual and low-range gearboxes. The heavy clutch and drum brakes aren’t for the faint hearted, but it's just as capable in the mud as a modern day Defender, Discovery or Range Rover. It had no problem navigating the ruts, holes and rivers, and even managed to scoot up some seemingly impossible inclines. 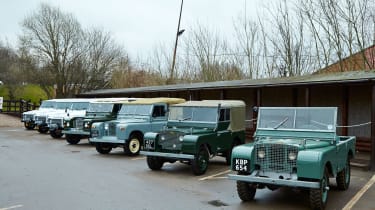 For comparison's sake, we also had a go in a brand-new 64-plate Defender to see how things have changed – but apart from the addition of a traction control and better brakes, it felt just like the original.

Tours cost £45 per person and last around three hours. You can add some off-roading for another £200 to get some first-hand experience of what these impressive Land Rovers are capable of.

Do you think the new Land Rover Defender can live up to the original Land Rover? Let us know in the comments section below...

The new Land Rover Defender is one of the most anticipated new cars in a generation, and it doesn’t disappoint