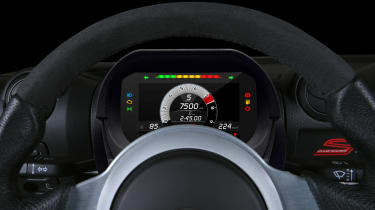 Lotus has revealed a digital instrument panel that is pre-loaded with data from 4,127 race tracks from around the world. The plug-and-play system can be retrofitted to Elise and Exige V6 models built after 2008, and costs £1,470.

The dashboard features built-in GPS which, when combined with a range of performance indicators, can allow track day drivers to time, record and download driving data and racing lines to help them hone their skills.

A camera input allows users to capture footage of their hot laps, while the GPS system allows coordinates of start/finish lines to be entered in order to record split times.

The information is shown on a six-inch colour TFT screen, which slots into the instrument binnacle in place of the conventional analogue clocks. The customisable display also shows conventional driving data like road speed and engine revs.

If fitted at a Lotus dealer (for an extra cost) the instrument display comes with a 24-month warranty - a package Lotus has now introduced for any parts bought at and fitted by an approved service centre. 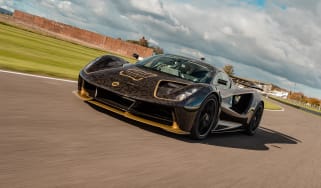