Maserati GranTurismo refreshed and restyled for 2018

The updated Maserati GranTurismo range is now just two models strong, but both get the larger 4.7-litre V8 engine 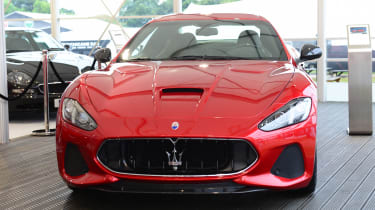 The Maserati GranTurismo has been refreshed and restyled with a 2018 model year facelift, with the subtle new look inside and out, plus new cabin technology, going on show at the 2017 Goodwood Festival of Speed.

Maserati has altered the range too, dropping the regular 4.2-litre GranTurismo model so that the line-up now consists of just the MC Stradale and Sport versions. As a result, the starting price – as yet undisclosed – will rise. 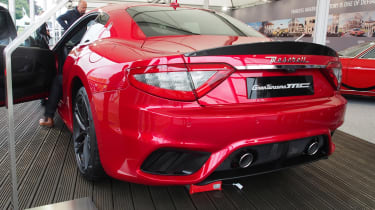 Both cars are equipped with a 4.7-litre naturally aspirated V8, producing 454bhp and peak torque of 520Nm. Power is sent to the rear wheels via a six-speed automatic gearbox, and Maserati claims 0-62mph in 4.8 seconds with a top speed of 186mph for the Sport version, with the lighter MC Stradale doing 62mph from standstill in 4.7 seconds and surging onwards to a 187mph top speed.

Up front, the GranTurismo gains a new ‘sharknose’ style hexagonal grille somewhat inspired by the all-electric Alfieri concept revealed at the Geneva Motor Show in 2014. The air-ducts have been repositioned to sit lower on the front apron, appearing more aggressive and reducing drag. Around the back, the rear bumper gets similar treatment, benefiting from a fresh redesign that Maserati claims is more aerodynamically efficient. 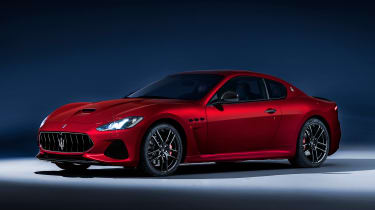 In the cabin, the big news is the introduction of a new infotainment system. The 2018 GranTurismo features a new 8.4-inch touchscreen display, which is offered alongside a new Harman Kardon sound system. The infotainment refresh means that the GranTurismo now boasts Apple CarPlay and Android Auto compatibility.

Lastly, the centre console has been mildly redesigned with new switchgear. There’s a new aluminium double rotary control knob, while the driving mode buttons have been placed lower on the console, nearer the gear lever.

Is the Maserati GranTurismo on your Grand Tourer shortlist? Let us know in the comments.