Maserati is dipping its toe in the SUV market with the new Levante. We pitch it against the Porsche Cayenne 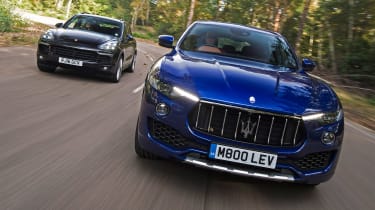 Sports car brands like Maserati are diversifying, realising that there’s profit to be made from applying their premium badges to luxury off-roaders.

The Levante is the Italian company’s first SUV and it has arrived in the UK with a competitive £54,335 price tag and a V6 diesel that should be cost-effective to run. Yet it offers the exclusivity of a Maserati in a more practical package than the firm’s usual low-slung sports cars and saloons. 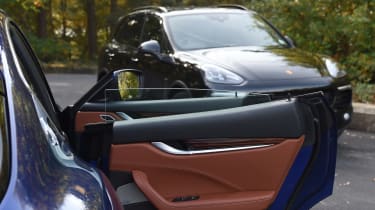 Where Maserati is just dipping its toe in the water of the upmarket 4x4 sector, Porsche has its whole foot in the pool. The brand has years of experience, having released its first SUV in 2002 to uproar from Porsche purists. However, it has refined its SUV efforts over the years to the point where its Cayenne is not only more accepted, but also one of the most convincing off-roaders around – especially in the diesel form we test here.

It combines practicality, performance and upmarket exclusivity at a relatively affordable price, especially if you buy on finance. So if Maserati wants to rise to the top of this lucrative area of the market, it will have to beat the Porsche. 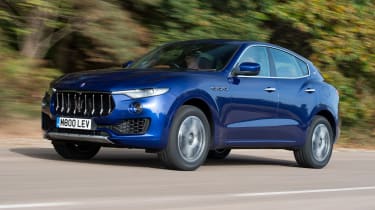 When you think of Italian car brands, SUVs don’t often spring to mind, especially among makers known for their sportier models, such as Maserati. However, 4x4s are showing no signs of a dip in popularity, so Maserati has added one to its line-up with the Levante. It only comes in one spec and with one engine, priced from £54,335.

Tester’s note: The Levante was named after a wind that can ‘change from mild to gale force in an instant’. The reality is that this SUV struggles when you push it harder, even in Sport mode. 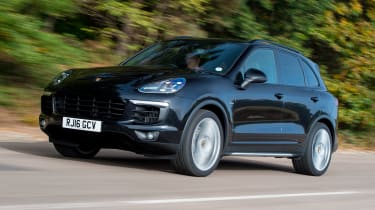 A new Porsche Cayenne is due to be revealed in 2017, following 12 months behind the luxury Panamera four-door’s lifecycle update this year. But the current SUV is still one of the best upmarket off-roaders around and in £53,044 Cayenne Diesel trim (although our pictures show an S Diesel), it’s the perfect rival to the Levante. So can the Porsche pull off one last hurrah before it’s replaced?

Tester’s note: The Diesel is the entry-level model, but you have lots of scope to tailor your Cayenne, with Sport, Touring and Innovation packages, plus Porsche’s Exclusive customisation scheme. 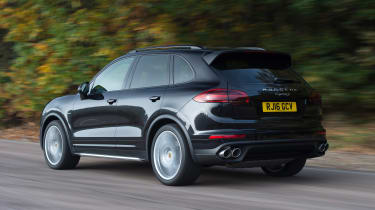 It’s nearing retirement, but the Cayenne takes victory here as it’s cheaper to buy and will cost less to run. It’s also more practical and better to drive. But while it’s slightly slower and firmer than the Maserati, it still offers more than adequate performance and acceptable comfort. We’d just recommend going for the optional air suspension. 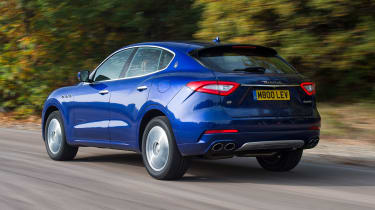 The Levante is a good first effort at an upmarket SUV from Maserati. It’s competitively priced and practical enough, which should open the brand up to a new group of buyers. But it’s neither supremely comfortable or sporty, while there are some quality issues inside. Still, for some the Maserati badge alone will be enough. 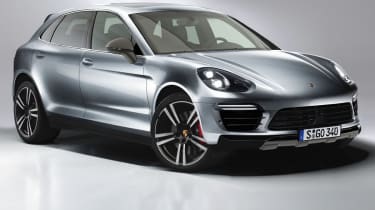 Even though the Cayenne won this test, a new model – previewed in our exclusive image – arrives next year. With a more sophisticated chassis, a slicker cabin and a revised range of engines, it’s likely to be well out of the Maserati’s reach.