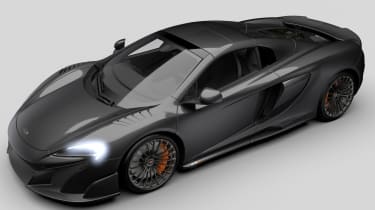 Following on from the carbon fibre bodied P1, MSO (McLaren Special Operations) has introduced this: the Carbon Series 675LT Spider.

The exclusive model is strictly limited to 25 examples globally, but all have been pre-sold. It was developed following demand and further requests after the reveal of the P1 at the Geneva Motor Show, which received the same carbon fibre treatment.

Over the standard McLaren 675LT Spider (limited to 500 models) the Carbon Series is based on, a further 40 per cent of its body panels have been created from carbon fibre. 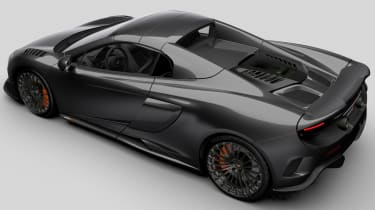 Production of the Carbon Series will begin in the autumn with first customer deliveries in the year.

What do you think of McLaren Special Operations' latest creation? Let us know below...