Impressive economy, especially from the diesel versions, but there's no plug-in hybrid 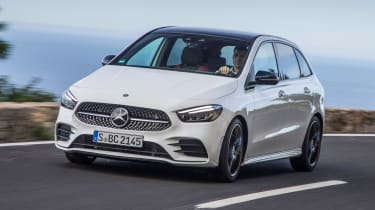 Unlike some of its rivals – most notably the BMW 2 Series Active Tourer – there’s no plug-in hybrid version of the B-Class, which means you’re restricted to conventional petrol and diesel engines. Not that this means anything other than impressive levels of fuel economy.

Predictably, the petrol engines aren’t as efficient, but these are the units to go for if you intend to do anything less than 12,000 miles in a year. The 1.33-litre in the B 180 is the most economical, delivering between 40.4mpg and 47.1mpg. 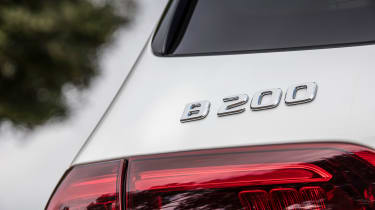 CO2 emissions range from 112g/km to 116g/km for the diesel variants and 125g/km to 153g/km for the petrol versions. All B-Class models will cost £140 per year in VED road tax, but go easy on the options if you want to avoid creeping through the £40,000 barrier, which would result in a £310 annual surcharge.

The insurance groups haven’t been announced, but we’d expect the new B-Class to be a close match for the previous model. This would mean groups ranging from 12 for the B 180 Sport to 27 for the B 220 Sport.

The previous Mercedes B-Class held its value better than the majority of its mainstream rivals and we’d expect this new model to follow suit. In fact, with improved styling, keen dynamics and the very latest infotainment system, it’s likely to depreciate even slower.