Mercedes' new adVANce initiative looks into how vans could look very soon, including the use of drones and intelligent cargo spacing 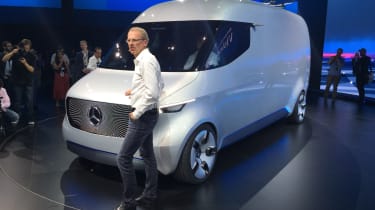 Mercedes has revealed what it thinks the van of the future will look like. The Vision Van concept was unveiled at Mercedes’ Van Innovation Campus in Stuttgart and it gives us an early indication on what we can expect from the next generation Mercedes Sprinter panel van.

The Vision Van concept is an electrically powered commercial vehicle and is fully automated and interconnected for the digital age. It merges a number of innovative technologies to help revolutionise delivery services.

Powered by a 75kW electric drive system (up to 150kW is available for short 60-second bursts), it has a range of up to 270km and 270Nm of torque. The high torque level provides the car with a spontaneous response and, while it has a top speed of 120kph, it has been limited to 80kph. It also features a state-of-the-art joystick control. 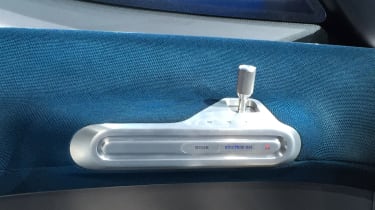 Live route planning calculates the optimum journey for the van to ensure the quickest possible delivery times, and two drones, with a payload of 2kg each, are also provided to allow for autonomous delivery.

The concept van and other ideas showcase many advanced technologies that the Mercedes Vans division has been working on as it aims to move its commercial vehicles into the digitised future. This package of technology is called adVANce, and Mercedes will plough 500,000m euros into the initiative over the next five years.

Volker Mornhinweg, head of Mercedes-Benz Vans said: “In 2020 Mercedes Vans will be totally different from today because of the changes we are making to the foundation of the company.

“We had a record-breaking 2015 with 321,000 vehicles sold and revenue raised by 50 per cent, so you may ask why we want to change. But the whole world is changing. We can either be driven by it, or we can drive it ourselves. We want to stay ahead.

“Mercedes Vans will evolve from a producer to a provider, while seeking to further reduce emissions and make urban transport more sustainable. Our general approach will remain the same, but with the philosophy that every driver should know what’s been loaded on their van and know what the customer requires.”

It looks like the delivery guy might have the best job in the world in 20 years... This is the #Mercedes Vision Van! Mercedes-Benz Mercedes-Benz Vans UK Read more here: http://aex.ae/2c4ykWE

So what other technology will we see on the Mercedes van of the future?

Mercedes have been working with Matternet on a system that will allow drones to communicate with its vans. With severe traffic in many urban areas making deliveries fall being schedule, Mercedes believes drones can be used to create a ‘new layer of transport above the road layer’. 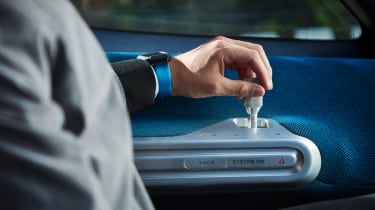 Items can be ordered via an app and a retail store can then send a drone to dispatch the product to arrive at the van. Tech built into the vehicle’s roof will allow drones to locate the van and then land on top safely. Customers can then simply collect the item.

The drones developed by Matternet will have a 20km radius and will be able to carry up to 20kg at speeds of up to 60kph, meaning packages can be delivered in under 20 minutes.

While the ‘vans and drones’ concept deals with a wider area for deliveries, a second innovation called ‘vans and robots’ is designed to work locally. The idea is that robots located in the van can be dispatched to deliver parcels directly to the customer. 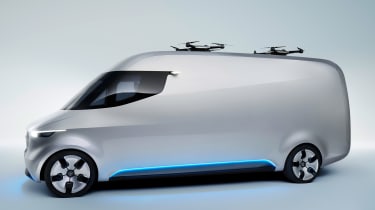 A van driver will park in a designated area, or hub, and the robots will leave the van and autonomously travel to a customer’s house. The robots will use paths and have built-in sensors to avoid pedestrians, while keeping the customer fully informed via an app at all times. Once the parcel has been delivered, the robot will then return to the van and await collection.

The robots, developed in partnership with Starship Technologies, have a two-mile radius and are able to deliver parcels up to 10kg in weight.

Also known as Project Slider, Mercedes’ cargo space engineering tech re-defines the usage of cargo space. Goods run through a scanner and are packed on shelves, which are then autonomously loaded into the cargo space. 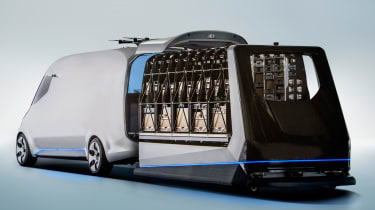 As a driver arrives at the designated location, the shelf with the corresponding parcel will automatically withdraw from the van. It will then notify the driver via a system of lights, which parcel to deliver. With no need for an aisle for the driver to access the cargo space, this system maximises the space inside the van.

With the mobile material service feature, the van of the future will become an intelligent system. An app will show what goods are in the vehicle, and notify the operator when anything is running low. With the simple press of a button on an app, an order can be placed and the goods delivered to the vehicle. 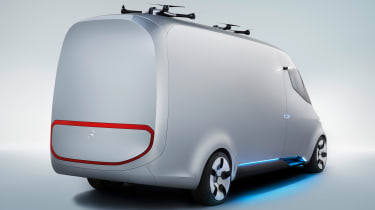 The system ensures that parts and materials will always be readily available, meaning jobs are completed on time and without delays. In fact, Mercedes have already been testing the system with FF Haustechnik since May.

This provides the driver with a personal/virtual assistant. When a parcel is placed in the cargo area, sensors recognise its location within the van and can then guide the driver to the correct area when it is time to make the delivery. This idea developed as Mercedes found many drivers often have trouble re-locating packages in the van for delivery.

What do you think of Mercedes' future plans? Leave us a comment below! 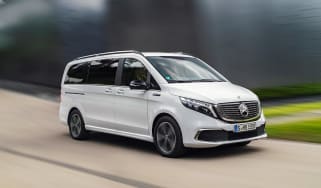