MG's new GS doesn't come with a diesel engine option. Can it fend of similar petrol-powered opposition from Renault and Nissan? 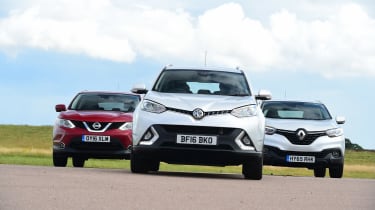 A petrol-powered crossover won’t be the most obvious choice if you’re after a practical SUV, but for buyers who don’t do many miles, this group of downsized, family-friendly vehicles could be a more cost-effective way of getting into an attractive 4x4.

Generally, a petrol crossover is tangibly cheaper than a diesel version – although our lead car here doesn’t actually have a diesel equivalent. The MG GS is only available with a 1.5-litre turbocharged petrol, but it does offer lots of kit for the money. The £20,995 top-spec Exclusive with dual-clutch automatic transmission is facing off some stiff competition, though. 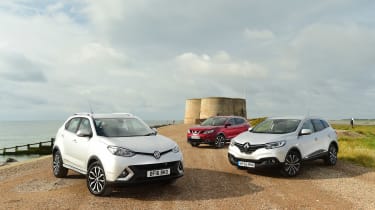 We’re fans of the Renault Kadjar, our former crossover champion, and although the TCe 130 model tested here is down on power compared with the MG, the Kadjar is a formidable package in any guise. It shares its engines and chassis with the Nissan Qashqai, which we’ve lined up here with the 1.2 DIG-T turbo petrol engine.

So, with just £800 covering the price of these three petrol crossovers, which stands out as the best buy? 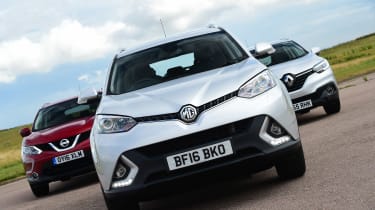 From head on, it’s easy to see how the MG’s design combines elements from two of the most popular crossovers on sale. The light units and grille are very similar to the Kadjar’s, while the running light design, bonnet creases and plastic bumper insert are reminiscent of the Qashqai’s. The result is an acceptable, European-looking crossover.

MG has plenty of brand history, but it’s now owned by Chinese parent company SAIC Motor. After an absence selling cars in the UK, and without much brand awareness, MG could find it tough to deliver its GS alongside capable competitors that boast a more premium image. 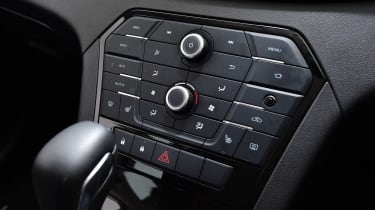 While the plastics in the MG feel robust, it’s not a tactile cabin like the Kadjar’s. Our GS test car also had a faint smell of glue inside. At least the infotainment system lifts the cabin feel and provides a premium touch to an otherwise unremarkable interior. 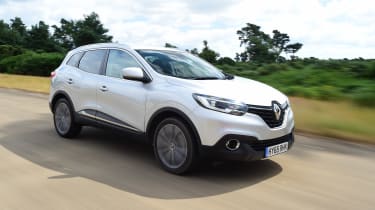 It’s a convincing victory for the Kadjar, but while the TCe 130 engine is a relatively strong performer, it’s still no rival for the more efficient 1.5 dCi. However, the traits that make the Renault a class contender are present in this petrol-powered model; it rides nicely and offers the most practicality, while it’s the cheapest car to buy here and will be the most cost-effective to run.

The Qashqai still represents solid, dependable family transport with the dose of extra style that you get from a crossover. But this 1.2 petrol version trails the Renault on performance, practicality and kit, so it loses out here. Factor in its higher price and a drab interior compared with the Kadjar, and once again the Nissan trails in its partner brand’s wake. 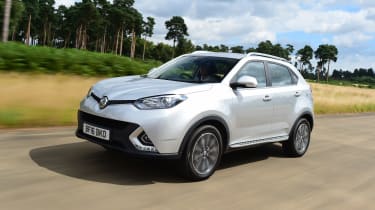 A good crossover has to be a fine all-rounder, and the GS’s long kit list, affordability and decent pace aren’t enough on their own for it to win. Interior quality issues, steep depreciation and poor efficiency let it down, while the chassis doesn’t deliver the refinement or comfort to match its rivals. The manual model saves £1,500, but even that’s not enough to make up for the GS’s flaws. 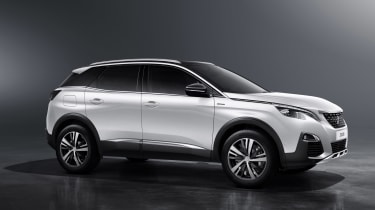 Compared with its dumpy-looking predecessor, the new 3008 is much more stylish, with more conventional proportions and a slick interior. A 520-litre boot and 128bhp 1.2 PureTech petrol power mean it’ll be a rival for the Kadjar.