MINI has announced a variety of special edition models at LA, while also confirming production of the new MINI John Cooper Works GP 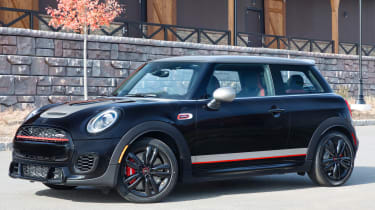 MINI will bring four new special editions to the LA Motor Show, based on the Hatch, Countryman and Clubman models. Each will be fitted with a handful of unique accessories, but are only available in the US for the time being.

Available exclusively in Midnight Black, the MINI John Cooper Works Knights Edition will be available with painted mirror caps, side and bonnet decals and the John Cooper Works Exhaust Flap System. It will make its debut at the LA Auto Show, and is due to hit US dealerships in early 2019.

A new version of the MINI Countryman Cooper S will also be showcased. Called the Countryman Yin Yang Edition, it will be available from next month in the US and follows an amusing black and white colour theme. 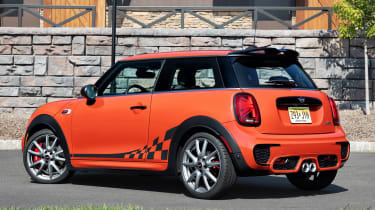 Finally, the MINI Clubman Cooper S Starlight Edition will feature on the firm’s stand, sporting 17-inch alloy wheels, painted mirrors, a MINI Luggage trolley and the MINI Click and Drive System; a universal mount for either your smartphone or MINI’s own sat-nav.

MINI has also confirmed that the John Cooper Works GP Concept from the 2017 Frankfurt Motor Show will be put into production by 2020.

What are your thoughts on MINI’s latest special editions? Let us know in the comments below…

There’s never been a better time to snap up a reimagined classic, but is the MINI Cooper or VW Beetle a better buy?
Visit MINI reveals its 10 millionth model

The new British-built MINI Electric will appeal to anyone who loves the way a standard MINI drives and looks, although the 144-mile electric range mig…