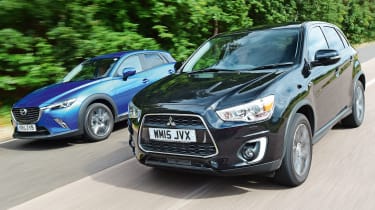 Crossovers have come a long way in a short space of time, and they’re now an industry staple.

Newcomers ranging from supermini-based cars to seven-seaters seem to launch every month, yet this expansion means some established models can be overlooked. 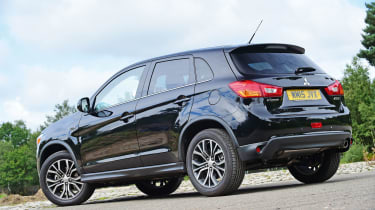 Take the Mitsubishi ASX, for example.The Japanese five-seater follows the original Nissan Qashqai’s template, but while it has reasonable space and a decent equipment list, it has struggled to make an impact on the sales charts.

However, Mitsubishi thinks there’s life in the ASX yet, and has given the range a revamp with tidier looks and a cleaner diesel engine. 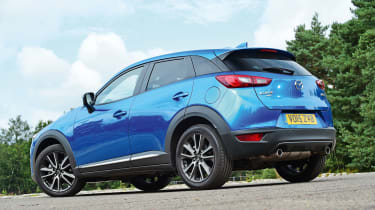 So where does the revised ASX fit in the crossover class? Well, it offers decent value, although the second-generation Qashqai has far more space.

In fact, as the latest crop of supermini crossovers is closer to the ASX in terms of size, for this test, we’ve lined up our favourite model in the sector: the Mazda CX-3.

The cars meet in diesel-powered, front-wheel-drive guise, with the ASX tested in mid-range ZC-M trim and the CX-3 in entry-level SE Nav spec. Does the Mitsubishi have the talent to still be a contender in the crossover class?

Click the links above to read full, individual reviews, and scroll down to see which compact crossover wins this test... 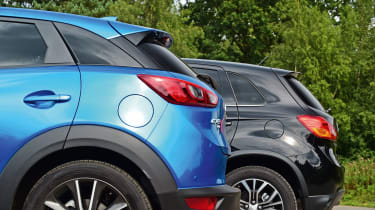 There’s a clear winner in the style stakes, as the Mazda’s curves and rakish lines mean it stands out when compared to the rather anonymous ASX. The updates to the Mitsubishi are pretty subtle, and only really focus on the bumpers and arches. The squared-off design has elements of the Evo X about it, but it looks a bit dated. 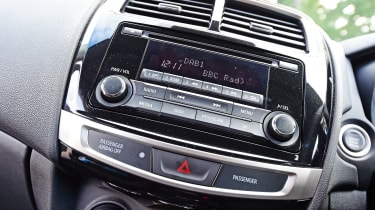 Mitsubishi has added a DAB radio to the ASX, but the fiddly controls and slender dot-matrix dash display make it difficult to search through stations. The Mazda’s touchscreen and rotary controller are far easier to use, with all stations appearing in a list that’s easy to navigate. 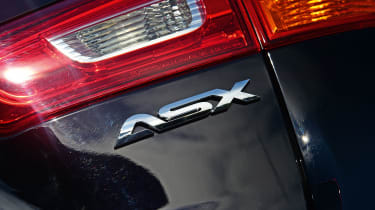 You have to change trim level if you want four-wheel drive. The ASX ZC-H is £4,000 extra, while the CX-3 Sport Nav costs an additional £3,800. But both emit more CO2: the Mitsubishi’s figure increases to 132g/km and the Mazda kicks out 123g/km. 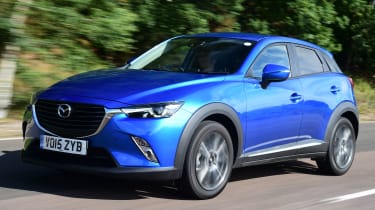 In the end, the CX-3 delivered a clear victory in this test. It’s nearly as big as the ASX inside, the engine is a punchier, more refined performer and the driving experience is excellent, with engaging handling in corners and a firm yet smooth ride when you’re taking it easy. Add in better economy, lower emissions and a reasonable kit list, and the Mazda is an easy winner here. 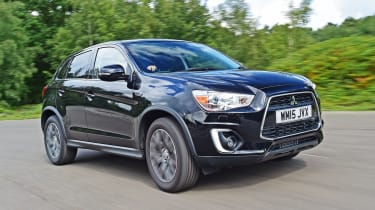 The crossover class has moved on since the ASX was first introduced, and these updates haven’t helped the car keep pace with the latest arrivals. The new diesel engine is eager, but it’s unrefined and noisy. Plus, the interior feels dated and poorly built, while the chassis delivers an uncomfortable ride. It’s a shame, because the ASX looks like good value on paper. 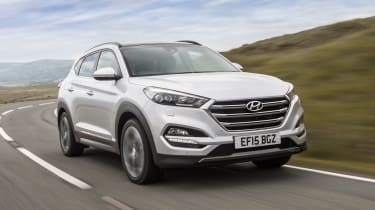 Here’s proof that the crossover market doesn’t stand still. The new Tucson replaces the ix35, and while S trim doesn’t have much standard kit, it matches the ASX for emissions and economy, and has more interior space.