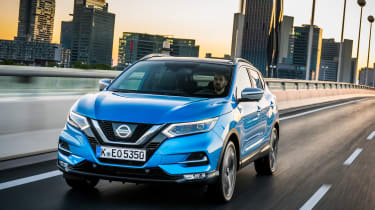 Nissan has announced the start of production of the new Qashqai at the company's Sunderland plant. The commencement follows concerns last year that the Japanese firm would relocate its plant after the vote to leave the European Union.

The Qashqai is the most popular car built in Britain today, with a total of 2.8 million leaving Sunderland since the first model launched in 2007. £53m was invested into Nissan's UK facilities last year, with extra production capacity added to the north-east factory.

The Government was forced to offer "support and assurances" to Nissan CEO Carlos Ghosn in October last year, after he warned that the brand might not invest further in the UK. Ghosn claimed that the government should guarantee compensation if any trade tariffs are enforced.

The new Qashqai is an updated version of the second-generation car, launched in 2014. Nissan also builds the electric Leaf and the Juke in Sunderland, plus the Infiniti Q30 and QX30.

Read the full review if the new Nissan Qashqai here...