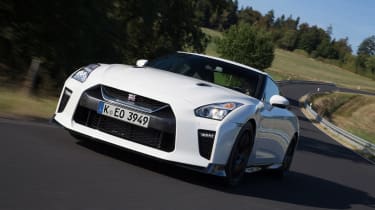 There’s no denying the Track Edition makes a marked step up over the already extremely capable GT-R, despite offering no increase in power or performance. But unless you’re a track day regular, it’s probably not worth the extra cash. The changes only come alive when you’re pressing hard, but on the road, we suspect the differences will be hard to spot.

Those who deem the standard Nissan GT-R a bit too ordinary needn’t worry, as Nissan has a more focused and rowdy in-house alternative called the GT-R Track Edition.

The name is a giveaway, and as you may have guessed, it has been engineered and tweaked to work on a circuit. Yet despite the £12,000 price hike over the ‘entry-level’ GT-R, the basic ingredients remain unchanged. 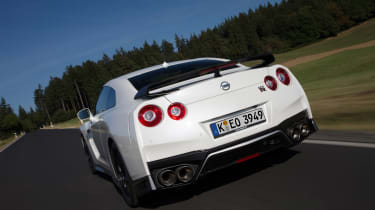 Under the bonnet sits the same 3.8-litre twin-turbo V6 developing an identical 562bhp to the standard car, channelled via the same dual-clutch auto gearbox and four-wheel-drive system. Understandably, then, you’re probably wondering where the extra cash has been spent. While power and performance may stay the same, there’s a wealth of changes to better exploit that grunt.

Key among these is a suspension set-up lifted straight from the £149,995 GT-R Nismo – comprising adjustable Bilstein dampers and a lightweight anti-roll bar. Around 20kg has been cut from the kerbweight, but when you’re talking about a car that tips the scales at nearly 1,800kg, it’s near negligible. And while £12,000 sounds like quite a high price to pay for some new suspension, it has a dramatic effect on how the GT-R drives.

We tested the Track Edition in its natural habitat at the Thruxton circuit in Hants, and it takes only one corner to realise how much more speed you can carry thanks to the extra stability and stiffness the suspension brings.

A standard GT-R is renowned for its outright pace and ability to devour corners, but the Track Edition makes the normal car feel a little soft in comparison. The uprated version feels reassuringly planted, with unrivalled mechanical grip, resulting in a greater sense of precision through the steering wheel, encouraging you to push on. 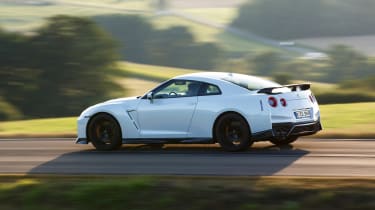 The luxury of being able to test the standard GT-R and Track Edition back-to-back may have emphasised the differences, but it brilliantly demonstrated how the Track Edition is more than just a marketing exercise. While we’re yet to try it on the road, we anticipate the Track Edition to feel rather firm over rough and rutted UK tarmac.

If you want to go all out, you can also spec a carbon-fibre bootlid to go with the standard-fit carbon spoiler. Other visual changes include a pair of red and black Recaro bucket seats – but you can have them finished in carbon if you so wish.