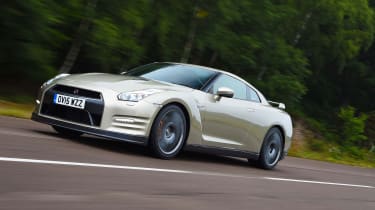 There might not be any mechanical changes underneath the skin of this 2015MY Nissan GT-R, but with just five examples of the 45th Anniversary Limited Edition model coming to the UK, hardcore GT-R fans will love its exclusivity. The colour won’t be too everyone’s tastes, but it’s still great to drive.

Nissan’s GT-R nameplate is 45 years old, so to celebrate its special birthday the Japanese brand has released a limited production run 45th Anniversary model. Costing £79,780, just five examples of the Champagne Gold GT-R will make it to the UK – and we’ve driven the car to see what it’s like.

Don’t think this is a tuned, fire-breathing special though, as the alterations over the regular supercar are minor. On top of that gold paint (the same colour as the R34 Skyline GT-R M Spec from 2001) the 45th also gets a Premium Black interior that features a special plaque to commemorate the anniversary, and another plate under the bonnet showing the car’s limited edition number.

These are the only changes, and as the updates to the GT-R 45th Anniversary are purely cosmetic, beneath the car’s muscular, brutish-looking body is the same 3.8-litre twin-turbo V6 engine, six-speed dual-clutch gearbox and four-wheel drive system as the regular GT-R. 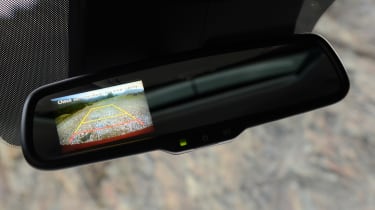 Pumping out 542bhp and a massive 632Nm of torque, performance is identical, too – acceleration is crushingly quick, with 0-62mph taking just 2.7 seconds thanks to launch control, and a top speed of 196mph. The engine and gearbox combination is still one of the very best in any sports car on sale today, with minimal turbo lag giving lots of performance low down, and a ferocious high-rpm rush towards the rev limiter. The warbling exhaust and whooshing turbos provide a thrilling soundtrack, too, while rapid-fire shifts are taken care of by the slick gearbox.

Adjustable dampers mean you can stiffen the chassis right up to reduce body roll, but in any of the suspension’s three modes there’s a huge amount of grip on offer. Despite its fairly hefty 1,740kg kerb weight, the GT-R darts into corners. The light steering is fast, and means you can put the car exactly where you want it on the road. It takes some faith to extract the speed, but turn in and then plant the throttle and the GT-R’s clever differentials and all-wheel drive hardware distribute the power to the wheels with the most grip. 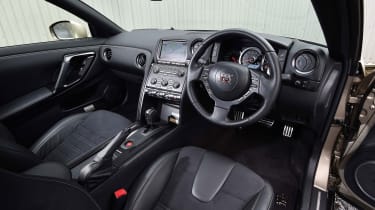 Even with the suspension in ‘R’ mode the Nissan rides nicely, with a lovely plush edge to the damping and plenty of body control. Select the Comfort setting and it’s a great cruiser as well. While the engine is quiet the gearbox makes a few more grumbling noises, but you can’t hear them on the motorway and at lower speed this just adds to the GT-R’s focused character.

It’s not without fault, though. For close to £80,000 and £1,750 more than the standard car, even with the more upmarket interior, much of the GT-R’s cabin feels cheap and material quality is poor in places. And while sat-nav, climate control, Bluetooth, a colour reversing camera, cruise control, heated seats and keyless go all come as standard, no DAB radio is an oversight.

However, the GT-R has always been about the engineering underneath, and seven years after it first broke cover, the philosophy is still the same. Even though the price has steadily crept up over this time, it still delivers massive performance at decent value compared to rivals. 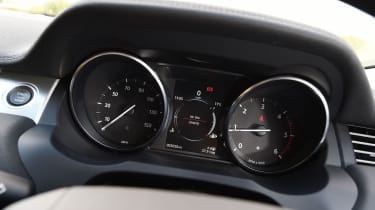 It still comes with supercar running costs, though. Nissan claims 23.9mpg and 275g/km CO2 emissions, but use all the performance on offer and expect to see efficiency in the low teens.

Despite its practical 315-litre boot and two small back seats, the 45th Anniversary Limited Edition is for hardcore GT-R fans who won’t mind paying that bit extra for something special, then; something that celebrates an iconic boot badge and its heritage. Champagne Gold might not suit everyone, but for five lucky owners, this Nissan will be even more special than a regular GT-R.