The current-gen Nissan X-Trail gets a new, more powerful engine that buyers have craved - is it any good? 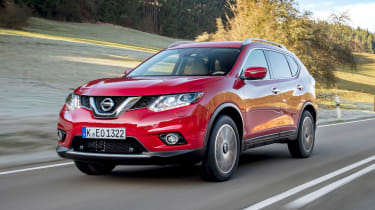 Adding a 2.0-litre diesel to the X-Trail’s line-up satisfies the demands of buyers who want extra performance – and according to Nissan, there are plenty of them. For those who don’t often use their X-Trail’s full load capacity, the more refined 1.6 diesel is still a fine choice, but the useful extra punch in the new engine will suit those with lots of kids and luggage to carry.

Nissan’s X-Trail has been a popular choice in the seven-seat SUV sector, with 110,000 sold in Europe since its 2014 launch. But owners have reportedly been craving a more powerful engine option than the existing 1.6-litre petrol and diesel units in the range. After two years, the wait is finally over, as Nissan has dropped in a new 2.0-litre diesel to attract those who previously overlooked the X-Trail.

Nissan’s execs won’t admit this but the engine addition is also a direct response to Skoda launching its new Kodiaq, which offers a more diverse engine range and up to 187bhp on top diesel variants. Nissan’s new flagship diesel isn’t quite as powerful with 175bhp, but it does serve up a useful 380Nm of torque – 60Nm up from the 1.6 dCi diesel. That is still 20Nm down on the flagship Kodiaq, however. 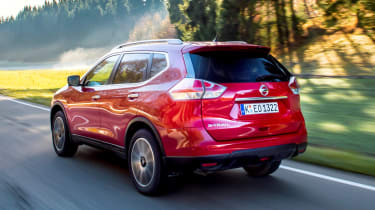 Outright performance is adequate but not exceptional. 0-62mph takes 9.4 seconds, just over a second faster than the 1.6 dCi, but what that figure doesn’t tell you is the useful extra overtaking punch it serves up when you stay in gear. It never feels brisk, but there’s added flexibility in the way it picks up from around 1,500rpm and pulls strongly until the power dies off just before 4,000rpm. Certainly, when fully loaded it’ll feel less strained than the 1.6 model.

Not that you’ll want to trouble the top of the rev range too much, however. Under load the new 2.0-litre unit didn’t seem quite as refined to our ears as the 1.6, with noticeable clatter as the revs build up. It’s not a deal breaker, though, and once up to speed the 2.0 dCi X-Trail is just as subdued as the lesser diesel model, cruising with decent refinement.

Efficiency figures don’t suffer on paper too badly, either; our 4WD manual model’s 48.7mpg compares reasonably well to 52.3mpg in a similar spec 1.6-litre diesel, while the 2.0-litre emits 10g/km more in CO2. You also get a further 150kg of towing capacity, with auto versions hitting the magical two-tonne mark. 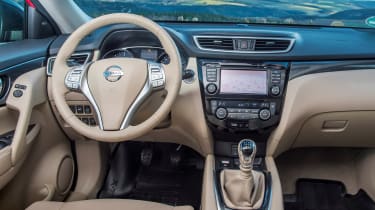 The new engine had no obvious effect on the handling – certainly that was the impression on our first drive in Germany. The X-Trail is still a tidy and composed drive, with accurate steering, a slick gearshift, and decent body control. In fact, it barely feels any less agile than a Qashqai unless really pushed. The ride feels as comfortable and well-damped as ever, too, while wind and road noise are isolated on all but the poorest surfaces.

The X-Trail’s interior does lack a bit of the quality feel found in the Kodiaq, for example, but there are still plenty of soft-touch materials and equipment. Space isn’t at a premium, either, with excellent head and legroom, although the X-Trail lacks the outright bootspace of the Skoda, offering 550-litres with the third row of chairs folded. 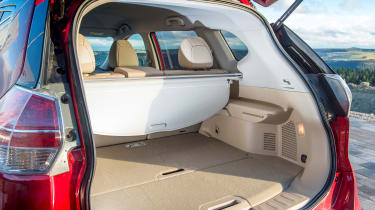 At £33,760, our Tekna-spec model is £1,250 more than the equivalent 1.6-litre. It’s a little on the steep side, but happily buyers can spec the 2.0-litre model across the range, with two or four-wheel drive and a CVT automatic gearbox.