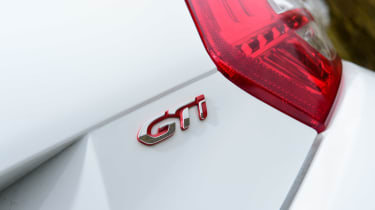 Peugeot is unlikely to revive its iconic GTi badge for the forthcoming 208 hot hatchback.

The performance version of the recently launched 208 supermini looks set to ditch petrol power and go all-electric when it arrives next year, as previously revealed by Auto Express.

However, the French firm is now considering ditching the GTi badge in favour of a Peugeot Sport Engineered moniker, despite the heritage associated with the performance sub-brand.

Peugeot bosses in France have gone cold on the idea of calling the next 208 a GTi because of its all-electric powertrain. Executives have revealed to Auto Express that ‘Peugeot Sport Engineered’ is currently the favoured name for the firm’s rebranded performance arm; the name was first hinted at with the 508 Peugeot Sport Engineered concept car from this year’s Geneva Motor Show. Bosses says it shows the company’s future direction for new performance models.

Bosses at Peugeot UK, however, are fighting to retain the GTi name such is the heritage it has over here. Bosses cite the recently launched all-electric Porsche Taycan Turbo as an example of the power of a brand name.

A Peugeot insider told us the GTi name has “great resonance and heritage within the UK, and the GTi name would be a perfect fit” for the hot 208.

Do you want to see the GTi name remain on Peugeot models? Let us know what you think in the comments below...