The 2008 is keenly priced, keeping costs down, and is very economical if you choose the right engine

In diesel form, the 2008 is exceptionally economical and capable of low emissions. The 1.5 BlueHDi 100 has emissions of 86 to 94g/km depending on wheel choice, but more importantly has a claimed fuel economy figure of 55.6 to 67mpg. The more powerful diesel is only available with an automatic gearbox; economy is quoted at 52.9-58.2mpg, with emissions of 86 to 94g/km. 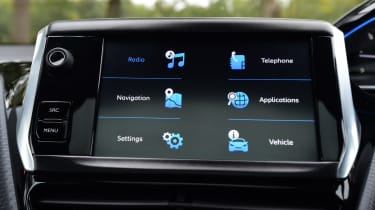 Petrol-powered 2008s are a little cheaper to insure than the equivalent diesels, while higher trim levels will command larger premiums. The 2008 occupies insurance groups 13 to 24, with the least and most powerful petrol engines bookending this range.

As this generation of the Peugeot 2008 nears the end of its life, residual values are not expected to be as strong as some newer rivals. According to our experts, the 2008 is expected to hold on to around 29 to 32 per cent of its value after 36,000 miles and three years come trade-in time. Good news for used or nearly new buyers, not so much for those buying all-new models.