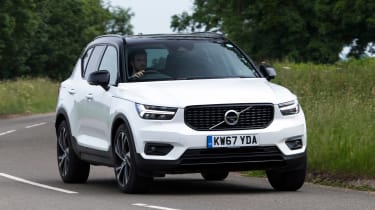 The Peugeot 208 is a supermini rival to the Ford Fiesta andVolkswagen Polo. It is a stylish and well-equipped small car, with its sights set firmly on the youth market – with a range of affordable engines and a variety of new personalisation options to choose from.

Whichever model you go for, you’ll get the same well-built and stylish interior, plus enough room to accommodate five adults at a squeeze. The Peugeot 208 also rivals the best in the class for boot space, plus there’s plenty of useful storage in the cabin. All models get the scaled down steering wheel and raised dials – also seen in the 2008 crossover and 308 hatchback.

Petrol engines range from the basic three-cylinder 1.0 and 1.2-litre, to the range-topping 1.6-litre GTi. In 2015, Peugeot added a 108bhp turbocharged 1.2 PureTech petrol engine to the range, offering buyers increased performance, without the high running costs. However, if you want to watch your wallet, the range of 1.6-litre BlueHDi diesels are your best bet. The most economical 74bhp version will return a claimed economy figure of 94.2mpg.

Along with the new petrol engine, Peugeot has also slimmed down its range of trims for 2015. Gone is the basic Access trim – in favour of an air-con equipped Access A/C – joining the range alongside mid-spec Active and plusher Allure models. The previously top-spec XY and Feline cars have been replaced by the sporty GT Line, which sits below the GTi and GTi by Peugeot Sport.

lights and wipers, while the GT Line gets sporty details and dual-zone climate