Top of the range Peugeot 308 GT is comfortable and well equipped, but it's no GTi 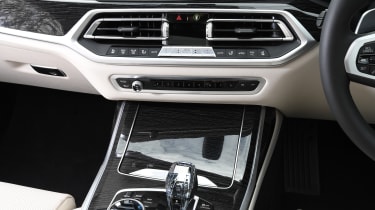 If pure driving thrills are top of your wishlist, you’ll need to look elsewhere. There’s still lots to like about the 308 GT, though – namely its high quality interior, low running costs and long kit list. It is good to drive too, and if this is a hint of what the upcoming GTi will be capable of, it certainly bodes well.

If you’re in the market for a fast family hatchback you really are spoilt for choice. Among others, there’s the Ford Focus ST, VW Golf GTI and Renault Megane RS – as well as our current top pick, the SEAT Leon Cupra. However, if the relatively high running costs and hefty tax bills put you off, Peugeot has an alternative: the 308 GT.

Granted, the GT is more of a warm hatch than a hot one, but until the 270bhp GTi arrives later this year, this will sit at the top of the 308 range. Having already driven the diesel estate, this was our first chance to try the 202bhp petrol in the UK.

At just over £24,000, it is expensive. But this aside, first impressions are good. Take a seat inside and the 308’s interior oozes quality, with the same sleek, minimalist cabin and upmarket materials as the rest of the range, as well as the familiar downsized steering wheel and high-mounted dials. Our car came with the optional £1,200 heated leather seats, but the standard half-Alcantara versions should suit most buyers.

All GT cars also boast keyless entry and go, dynamic cruise control, GT style badging and aluminium pedals. Outside you’ll notice a set of fabulous 18-inch alloy wheels, twin exhausts and rear diffuser, tinted windows and LED front indicators. The ride height has been lowered by 7mm at the front and 10mm at back for a sportier stance. 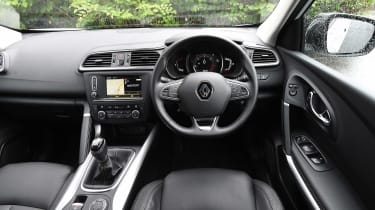 Push the starter button and the quiet tickover sounds much like any other petrol-engined 308. However, depress the standard-fit Sport button on the centre console and you’ll get a synthesised yet pleasing sound emitted through the car’s speakers. It also turns the dials red, tightens up the steering and sharpens the throttle response – helping the GT feel slightly more involving on a twisting country road.

It doesn’t affect the car’s dampers, but the lowered suspension actually makes the car more compliant – feeling comfortable over long distances yet communicative when you want to push on.

While the 1.6-litre turbocharged petrol engine will never set your pants on fire, it offers a plentiful rush of torque from just 1,750rpm. It feels suitably quick in a straight line, but there’s no avoiding the fact that this GT is a full second slower to 62mph than many of its similarly-priced rivals. 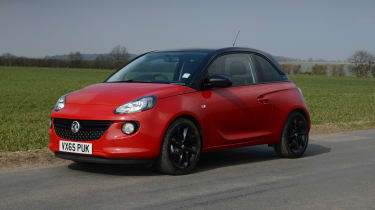 It has a real tendency to understeer, too, and overenthusiastic drivers will spend their lives staring at the intrusive traction control light flickering on the dash.

That said, it is surprisingly economical, with Peugeot claiming 50.4mpg and just 130g/km of CO2. For comparison, the Ford Focus ST returns 41.5mpg and will cost more to tax, while its closest rival, the Kia Cee’d GT, will only manage 38.2mpg. The diesel we tested last month is better still, but given the petrol’s improved refinement and peppier engine, this remains the GT of choice.