A new lightweight Porsche 911 Carrera T has been unveiled, with no rear seats and extra performance 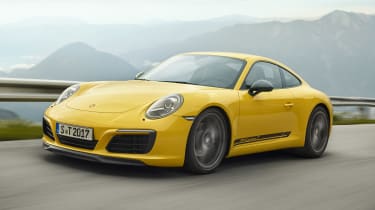 Porsche has announced a new addition to the 911 family called the Carrera T, which is lighter than the standard models.

Costing £85,576, the ‘T’ stands for Touring. It’s based on the entry-level rear-wheel-drive 911 Carrera but has been lightened by 20kg – thanks to weight-saving measures such as the thinner glass rear window, pull loops for door handles and the removal of the rear seats. It comes with a seven-speed manual gearbox as standard.

Ride height has been lowered by 10mm and Porsche’s Sport Chrono Package comes as standard. Options for the Carrera T include rear-axle steering, which is not available on the standard Carrera. 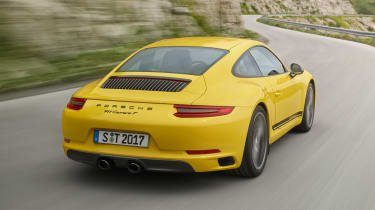 The T comes with the 911 Carrera’s 3.0-litre twin-turbo flat-six engine with 365bhp and 450Nm of torque. The diet has resulted in an improved power-to-weight ratio of 260bhp per tonne, with performance benefitting, too.

Acceleration has been boosted, with the manual Carrera T doing 0-62mph in 4.5 seconds – a tenth quicker than the Carrera. With the optional seven-speed PDK dual-clutch gearbox, the T takes 4.2 seconds to cover the same benchmark sprint, while its top speed is ‘in excess’ of 180mph. 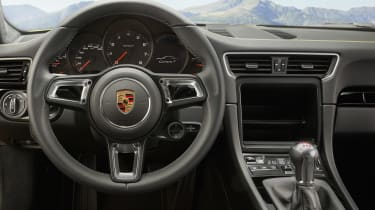 Due to the sporty nature of the T, it gains its 20-inch titanium grey wheels from the Carrera S, while adding ‘911 Carrera T’ decals along the side skirts separating it from the standard range. Inside, you’ll find a black leather interior with distinctive yellow stitching and ‘911’ logos etched onto the headrest.

The 911 Carrera T is available to order now. Costing £85,576, the T commands a premium of £8,600 over the standard Carrera. First deliveries are expected in January and – as with any new Porsche model – the German marque is offering customers a bespoke driving experience at the brand’s Experience Centre in Silverstone.

Is the new Porsche 911 Carrera T worth the extra money? Let us know below... 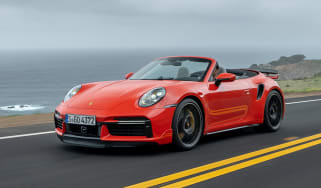