SEAT is the latest brand to enter the rugged estate club with the Leon X-Perience. Can it go further than the Skoda Octavia Scout? 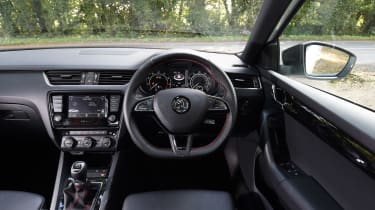 It’s fair to say that we’re big fans of the SEAT Leon. We awarded the Spanish hatchback our coveted Car Of The Year title in 2013, while the three-door SC, ST estate and rapid Cupra hot hatch versions have all impressed in group tests over the ensuing months. 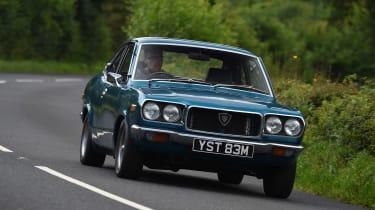 Now it’s time for the car to move into a new niche, with the launch of the Leon X-Perience. Although SEAT is working on an off-roader, hinted at by its recent 20V20 concept, and has offered the slow-selling Altea Freetrack 4 in showrooms in the past, the X-Perience is the brand’s first crossover estate. It follows a standard template, as it features a raised ride height, SUV-inspired body cladding and a premium cabin. 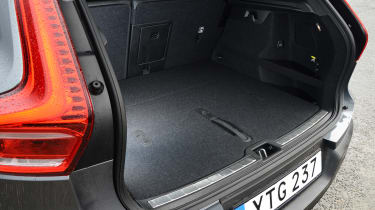 While SEAT is new to the crossover estate market, sister firm Skoda is an old hand, and its Octavia Scout will be tough to beat. Like its rival, the Scout is an upmarket estate with rugged looks, and we test both cars with 2.0 TDI power and manual gearboxes.

There’s very little to separate our duo in terms of price and kit, so the X-Perience will need to put in a strong performance to come out on top. Is it up to the challenge?

Click the links above for individual reviews, and scroll down to see which rugged estate comes out on top...

If you want to go towing, then both cars are capable of pulling a maximum of 2,000kg. You can add a tow bar preparation kit for £155 on the SEAT and £175 on the Skoda, while a removable tow bar is £550 for the Scout. Surprisingly, the same piece of kit on the X-Perience is £599, even though the preparation is slightly cheaper. 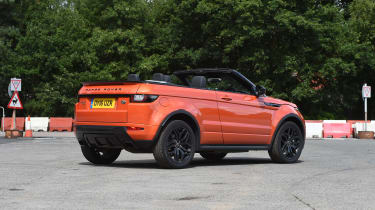 Aside from part-time 4WD, neither of these cars has any useful off-road features, such as hill descent control or an off-road mode for the traction control. Think of them more as cars with raised ride height and extra grip for slippery conditions, and you won’t get into trouble. 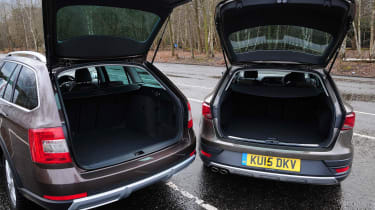 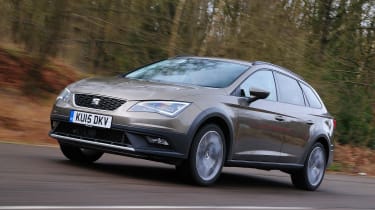 As these cars share so much, our verdict comes down to the smallest details. As a result, the more upmarket cabin, slightly more involving drive and more boot features help the Leon X-Perience edge ahead. It’s the only way to get a four-wheel-drive Leon, although you will have to really want it to justify the extra outlay over the standard estate. 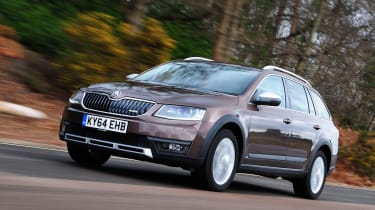 The Octavia Scout is still a great crossover estate, and if you need a plush load-lugger with a big boot and four-wheel drive, then it’s well worth considering. It matches the SEAT for performance, but it’s not quite as satisfying to drive, although its softer edge will appeal to some buyers. And while it doesn’t have quite as much kit as the Leon, you won’t feel short-changed, either.

Other crossover estates worth considering... 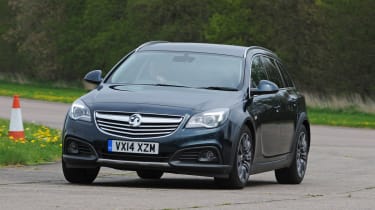 It’s bigger than the Leon X-Perience, but the Vauxhall Insignia only has a 540-litre boot, which is 70 litres down on the Octavia Scout’s. However, while its list price is higher than either car here, Vauxhall dealers will be open to haggling, with discounts of up to £3,000 well within reach. 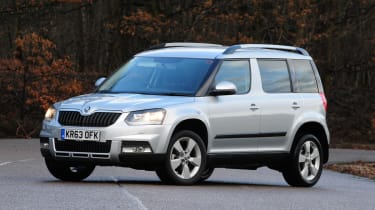 If you’re after the full SUV experience, you don’t need to venture far within the Skoda range to find it. The Yeti is cheaper than the Scout, and Elegance trim is well equipped, although higher running costs are to be expected thanks to the dirtier, more powerful diesel. The boot is smaller, at 410 litres.