New Golf BlueMotion is Volkswagen's most economical family hatch yet. We pitch it against eco models from BMW and Toyota 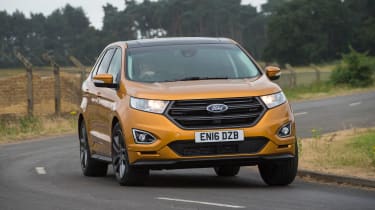 Car makers are under increasing pressure to cut the overall emissions of their ranges, and are introducing cleaner, more efficient cars that push tech to the limit.

Volkswagen’s BlueMotion models are leading the way, and the company has just launched its latest Golf BlueMotion. Like its predecessor, it gets a 1.6-litre diesel that’s tuned for efficiency, plus it now comes with a six-speed gearbox, rather than the old car’s five-speeder.

For its first test, we’ve lined up two cars that will fully challenge its eco credentials. The BMW 116d EfficientDynamics follows the same philosophy as the Golf, by maximising the efficiency of its 1.6-litre diesel. It also adds fun rear-wheel-drive handling to the mix.

Then there’s the Toyota Auris Hybrid. This hatch uses a petrol-electric drivetrain to achieve low running costs, and it’s reasonably well equipped, too. Fuel economy was key to this test, so we hit the town and motorway to find out which car is easiest on your wallet.

Our test revealed that the Golf BlueMotion is best for long-distance driving, thanks to economy of 57.6mpg. The 50-litre fuel tank is two litres smaller than the BMW’s, but the Golf can go 634 miles between fills, compared to 596 miles for the 116d. The Auris lags behind due to a smaller 45-litre tank, although city driving will extend its range with electric running. It’s also £10 cheaper to fill than the Golf, partly thanks to the lower cost of petrol.

The Volkswagen and BMW get three-year warranties, but the Auris steals a march thanks to its generous five-year coverage. What’s more, Toyota is so confident of the hybrid drivetrain’s reliability and longevity that it’s covered for eight years. 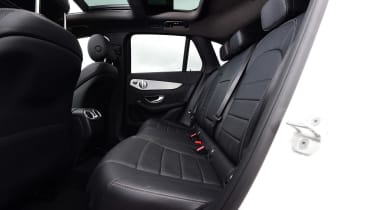 All three cars have displays to show you how much power you’re using. The Toyota ditches the rev counter in favour of an energy dial, which swings between Charge, Eco and Power modes, while a read-out shows energy flow between engine, battery and wheels. The BMW features a needle set into the rev counter, although charging mode just tops up the 12V battery. On the Golf, you get a display that shows which systems, such as the air-con or heated mirrors, are using up energy.

While the Polo BlueMotion set the template for VW’s range of efficient models, its eco-friendly approach was also translated to the Golf MkV and MkVI. The latest MkVII model has taken the philosophy of the original car and developed it further, with the introduction of a revised 1.6 TDI diesel and the inclusion of a six-speed gearbox for the first time. The car in our pictures is a three-door, but in the interests of fairness, we tested the five-door version. The Golf BlueMotion eliminates all the compromises of the last model to deliver a great all-round performance. The diesel is smooth, the six-speed gearbox is great and it handles well. Brilliant, provided you cover enough miles to justify the £1,215 premium over the Golf 1.6 TDI 105 S.

These days, BMW is as well known for its low-emissions EfficientDynamics technology as it is for building sporty models. The smallest ED-badged car is the 116d. It’s the same price as the standard 116d ES, but while that model gets a 2.0-litre diesel, the ED version uses a smaller 1.6 and additional fuel saving technology. As with the Golf, the car in our pictures is a three-door, but we have tested the five-door version. It's a close-run thing between the VW and BMW. As long as you don’t mind its looks, you won’t feel short-changed by plumping for the 1 Series. It’s involving to drive, surprisingly comfortable, and is only knocked into second place by its higher price and slightly poorer economy figures.

The Auris Hybrid is the flagship of Toyota’s hatchback range. A diesel Auris is available, but this has a 1.4 engine that lags behind the VW’s and BMW’s for emissions and performance. The Hybrid version uses the Hybrid Synergy Drive (HSD) set-up from the Prius, featuring a 1.8-litre petrol engine, 650v electric motor and nickel metal-hydride batteries. We test the £20,395 Icon, but the car pictured is the flagship £22,145 Excel model. The Auris is perfect for urban drivers who don’t want the range anxiety of an electric car, but can’t afford a plug-in hybrid. But that’s the only reason you’d buy one, as it’s not as good to drive as its rivals, is uncomfortable and has a poorer cabin finish. It makes sense as a cheap company car, though.