We test the BMW 1 Series in its hyper-green EfficientDynamics Plus guise. 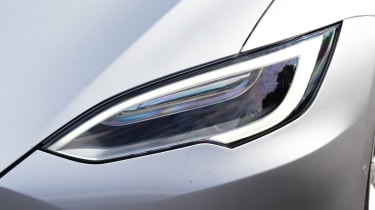 For most buyers, the standard 116d will offer everything they need. It emits 94g/km and returns 78.5mpg, and is ever-so-slightly faster to 62mph. The EfficientDynamics model costs £850 more, but for fleet customers, the money you’ll save on company car tax – and the added fuel economy gains – will be an attractive proposition.

The BMW 1 Series accounts for around 20 per cent of all BMW sales – second only to the bigger 3 Series. A facelifted 3 Series will be revealed this week, and with immaculate timing the facelifted 1 Series has arrived on British shores for our first UK drive

A whopping 75 per cent of 1 Series models are bought on finance, with around a third of all sales going to company car drivers. With that in mind, this 116d EfficientDynamics Plus model is arguably the most important in the facelifted 1 Series range. The new 1.5-litre three-cylinder diesel engine from the MINI Cooper D, which joins an extensive line-up of new four-cylinder diesels, makes it the most efficient BMW diesel ever.

Like the MINI, the ED Plus gets 114bhp and 270Nm of torque. However, tweaks to the aerodynamics have made it even more economical – posting a phenomenol 83.1mpg and 89g/km of CO2. The new Volkswagen Golf BlueMotion remains the most economical family hatch (returning 88.3mpg) but the BMW isn’t far off the pace. 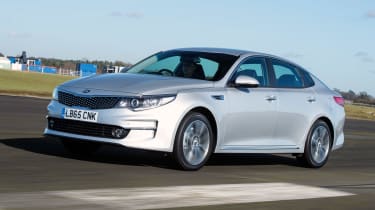 The sub-100g/km CO2 emissions mean it’s exempt from road tax, plus it falls one Benefit in Kind percentage point over the outgoing Business spec car, too, saving higher rate company car drivers a considerable £104 per year.

But don’t think all these eco changes make it any less fun to drive. All 1 Series models remain rear-wheel drive, and the ED gets exactly the same power and torque figures as the standard 116d.

In the right gear it feels pretty punchy, but the manual gearbox’s tall ratios mean you’ll need to work it quite hard if you want to make fast progress. It’s got quite a notchy action too, making the equivalent Audi A3 look silky smooth. High mileage drivers will be disappointed to hear that there’s no automatic option either, which is a shame because BMW’s eight-speed ZF is among the best in the business. 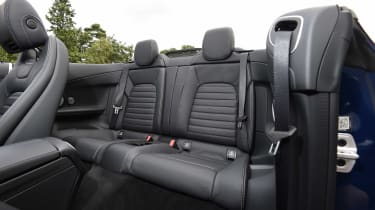 On the motorway, it’s only slightly less refined than its four-cylinder siblings. Our test car didn’t have the optional adaptive dampers, making it a little less cossetting on the move, but despite the firmer-compound eco tyres, it’s far from uncomfortable. The interior takes a slight step up in quality with some new trim materials scattered around and the supportive front seats make long distances a breeze. Standard kit is pretty impressive, too, and even those with a keen eye will be blissfully unaware you’ve opted for the penny-pinching diesel.

From September all BMW models will come with sat-nav as standard, putting it ahead of its rivals from the off. While the Mercedes A-Class doesn’t even get a DAB radio, the 1 Series boasts this plus 16-inch alloy wheels, Bluetooth connectivity and a multi-function leather steering wheel. Climate control, rear parking sensors and automatic lights and wipers are also included, as are the new LED rear lights and tweaked bumper designs. 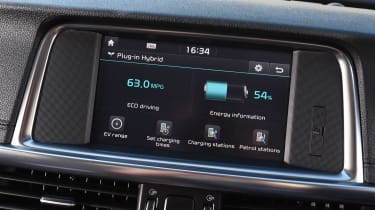 Interior space remains unchanged, though, so while it’s no match for the VW Golf or SEAT Leon, the 360-litre boot – expanding to 1,200-litres with the rear seats down – should be enough for growing families. It’s a similar story with the back seats, which are adequate, but a bit cramped for taller passengers.

As well as the standard 116d and eco-orientated 116d ED Plus, buyers can choose a more powerful 118d or 120d, as well as a range-topping 221bhp 125d. The basic 116i has become the 118i to reflect significant performance gains since the moniker’s introduction in 2004, while the outgoing 118i transfers to the 120i nameplate. As before, performance fans get a choice of 125i and M135i petrols, with the latter getting a 10bhp boost to bring it in line with the 322bhp M235i.