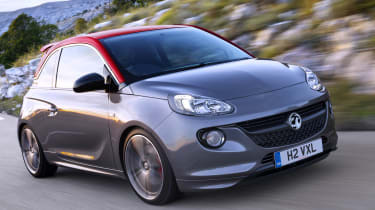 Vauxhall has confirmed its new sporty version of the Vauxhall Adam will be called ‘Grand Slam’.

The company showed off the new range-topping version at the 2014 Geneva and Paris motor shows. At both shows, the car was referred to as ‘Adam S’ reflecting its sporty positioning.

But now Vauxhall has revealed to Auto Express that the car will now be called Adam Grand Slam confirming the car’s position at the top of the Adam range. Outside of the UK the car will continue to be referred to as Adam S. 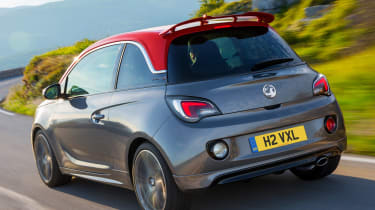 It’s not all about performance, though. Vauxhall has attempted to boost efficiency by fitting stop-start tech and cutting as much weight as possible, and claims 44.1mpg and 149g/km of CO2. 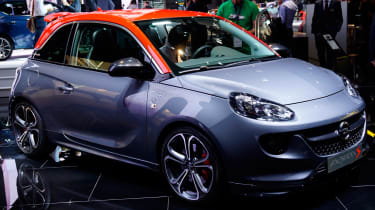 To ensure the Adam Grand Slam stands out on the road, Vauxhall has fitted a front lip spoiler, remoulded side sills and extended the rear bumper for a more muscular overall look. If that all passes unnoticed, there’s an enlarged, bootlid-mounted rear spoiler too. 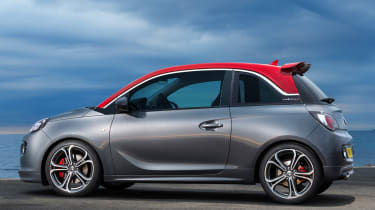 On the personalisation front there’s a choice of 10 paint schemes and four roof colour combinations, including a ‘Red ’n’ Roll’ design exclusive to the Adam Grand Slam. Inside, four different seat arrangements are on offer, three unique to the S, such as Recaro Performance seats upholstered in Morrocana or Nappa leather. An optional leather pack adds a black and red leather trim to the steering wheel, gearknob and handbrake, and red and white lighting for the dash and doors.

While Vauxhall hasn’t yet confirmed the price, the Adam Grand Slam will sit above the current top-spec, £15,350 Adam when it hits showrooms next April.

Auto Express will get behind the wheel of the Adam Grand Slam in January and we’ll be able to deliver our full verdict then. Let us know what you think of the car in the comments section below...

Welcome to our Paris Motor Show hub page. Scroll down for all our Paris content...
Vauxhall Adam review

With funky looks, too-cool-for-school model names and a bewildering range, the Vauxhall Adam is aimed at fashionistas
New Toyota GR Corolla nameplate trademarked ahead of 2023 release