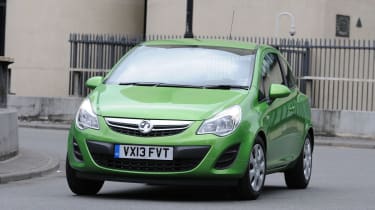 Vauxhall has announced that the urgent recall that orginally affected 3,000 Corsa supermini and Adam city car models registered since May has now been extended back to cars registered from February. The cars should not be driven and owners are advised to contact Vauxhall directly to arrange an inspection.

The unusual step to recall 3,000 of the Corsa and Adam models to be registered since May 2014 and advise that the cars “should not be driven prior to an inspection” comes after a steering system part was discovered to fall below Vauxhall’s quality control standards. The 3,000 cars affected represent a significant proportion of the 30,000 cars sold in that period.

The advice for any owners of Adam or Corsa cars who think that their vehicle may be affected by the recall is to call the Vauxhall Customer Assistance Centre on 0800 026 0034 between 09.00 and 17.30hrs. The staff will be able to give guidance on wether or not the car falls within the chassis number range of the recall.

Vauxhall has also recruited the AA to help in the recall process. The AA can now advise how to check if your vehicle is affected by the recall and, if necessary, send out a patrol to carry out the chassis number check for you. Should your car be involved in the recall, the AA can arrange to recover it to a Vauxhall dealer. Corsa and Adam owners can call the AA on 0800 553388 between 07.00 and midnight, 7 days a week.

Owners can also find out if their vehicle is affected by going to the Vauxhall website and clicking the “Safety Check for ADAM and Corsa” button. In the meantime, the advice is not to drive the car. 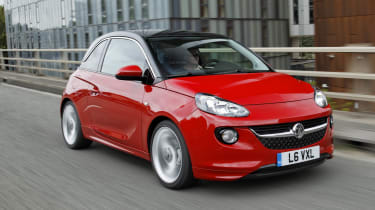 Vauxhall claims that the fault came to light during routine quality control checks at the vehicle manufacturing plant where the cars are built. The factory in Eisenach, Germany is the only Opel plant to build both the Corsa and its smaller sibling, the Adam, although the Corsa is also manufactured in Zaragoza, Spain.

Despite issuing this urgent recall on 3,000 cars, Vauxhall says that it is unaware of any accident or injury that has occurred as a result of this faulty steering system part. The announcement came just days before the Paris Motor Show where the public got their closest look yet at the new Vauxhall Corsa that’s set to supersede the current model early in 2015.

Have you been affected by the Adam and Corsa recall? Let us know your experiences in the comments section below...

The Vauxhall Corsa is fun to drive, well-equipped and a great all-rounder, but steep prices hold it back
Vauxhall Adam review

With funky looks, too-cool-for-school model names and a bewildering range, the Vauxhall Adam is aimed at fashionistas
Vauxhall Corsa vs Renault Clio vs Volkswagen Polo

As diesel continues to get a bad press, some bigwigs in the industry think a comeback is one the cards, says Steve Fowler