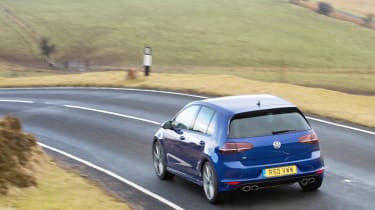 A great driving car doesn’t just happen: it’s the product of a huge range of engineering solutions working together to put a smile on a driver’s face. And you can rely on Volkswagen engineering to inject the highest levels of handling, performance and comfort into its cars.

Obviously, the heart of every car is its engine. And whether you go for petrol or diesel power, you can rest assured that there’s no need to sacrifice either economy or power.

The new 1.4 TSI ACT turbo petrol engine in the Polo BlueGT, for instance, can propel that car from 0-60-mph in just 7.9 seconds.  Yet thanks to active cylinder technology, which shuts down two of the four cylinders when cruising, it can return 61.4mpg.

However, the pinnacle in Volkswagen performance has to be the new Golf R.  It has a 2.0-litre TSI turbo petrol with an incredible 296bhp. The engine is coupled to the latest Volkswagen 4MOTION all-wheel drive system that can send almost 100 per cent of the engine’s power to the rear wheels if necessary. 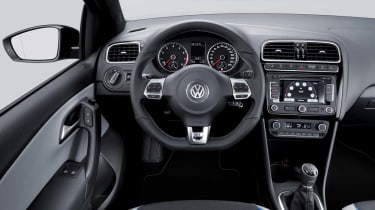 When equipped with the DSG dual clutch automatic gearbox, the Golf R can sprint from 0-60mph in just 4.9 seconds. That’s getting on for supercar pace.

But it’s not just Volkswagen’s petrol engines that deliver scintillating performance. The 2.0-litre diesel in the Golf GTD develops 181bhp which means true hot hatch performance but with 67.3mpg economy. At the top of the range is the 4.2-litre V8 diesel in the Volkswagen Touareg SUV, which is the most powerful Volkswagen diesel thanks to its 336bhp.

All this performance would count for nothing, though, without sharp handling. Thankfully, the advanced engineering which goes into building each Volkswagen ensures every model delivers the optimum balance of comfort and handling for its target customer.

What’s more, speed-sensitive electromechanical power steering means that every Volkswagen is easy to manoeuvre round town yet reassuringly sturdy on the motorway or when hustled down a B-road. 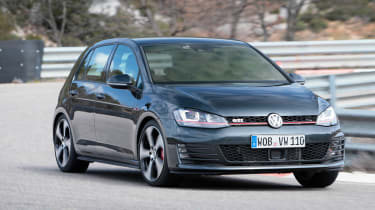 You can even alter a Volkswagen car’s personality by using the Driver Profile Selection system, which is optional on some models. A push of a button brings up a selection of different modes on the touchscreen allowing you to change between various settings that govern the car’s engine response and steering weight. There’s even an Individual mode that let’s you mix and match settings according to your own exact preferences.

In Volkswagen models with Adaptive Chassis Control (DCC), Driver Profile Selection can also alter the stiffness of the adaptive suspension for a sportier or more comfortable ride as desired. All this means you can have your Volkswagen the way you want it.

And for those who demand peace and quiet, Volkswagen deploys a range of measures to ensure its cars are very relaxing to travel in. Take the CC as an example. It has sound absorbing materials installed in the front, side and rear areas.

Soundproofing is further enhanced by the addition of highly effective underbody trim, wheel well shells made of a material perfected for noise damping and improved gearbox mounts while extra insulating materials are also used in the dashboard to prevent mechanical noises entering the cabin.

Last but not least, the windscreen is equipped with an acoustic film layer as standard. It’s especially effective at eliminating wind noises, which obviously increase the faster you go. 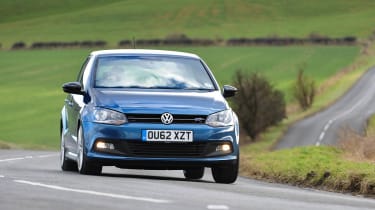 For some people, of course, noise is a good thing. That’s why the Golf GTI has a special speaker fitted in its exhaust system to enhance the sporty sound of the engine.

People after the upmost in performance will also appreciate Volkswagen’s DSG dual-clutch gearbox. It provides split second upshifts and can be operated manually by the gear selector lever or, where fitted, steering wheel-mounted paddles. Alternatively, you can leave it in fully automatic mode while the sports setting holds on to gears for longer for maximum acceleration.

The DSG gearboxes are available with either six or seven speeds depending on the output of the engine. And unlike traditional automatic gearboxes there is no trade off in economy. In fact, some models fitted with the latest 7-speed DSG dual-clutch gearboxes actually return superior mpg to their manual counterparts.