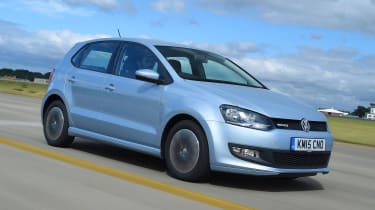 Fitting the Polo BlueMotion with a 1.0-litre turbo petrol instead of the gruff diesel was always going to result in a more flexible and well rounded package, but it’s fair to say it’s exceeded our expectations. It builds on the car’s strengths of refinement and comfort, making it feel more like a smaller Golf than ever before. Excitement isn’t high on its agenda, but few other superminis offer such a cosseting and refined driving experience allied to excellent build quality and a classy image.

If there’s one word that neatly encapsulates a supermini, it’s versatility. Not only do these cars have to transport up to five people in relative comfort, but they also have to swallow plenty of luggage and be affordable to buy, all while using as little fuel as possible.

The Volkswagen Polo is a prime example of that versatility. The range is topped by a boisterous 189bhp GTI model and now tailed with the addition of a new fuel-sipping BlueMotion version.

It’s new because this is the first time the Polo BlueMotion has been offered with a petrol engine. Under the bonnet sits a 1.0-litre three-cylinder turbo developing 94bhp – in fact, it’s the same basic engine as you’ll find in the dinky up! city car. 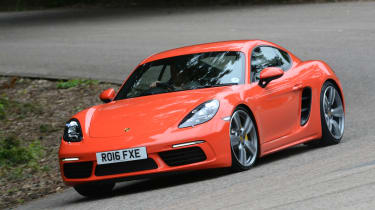 Clever packaging makes the engine incredibly compact, and the addition of a turbocharger now means it’s incredibly efficient. VW claims the Polo is capable of 68.9mpg and 94g/km of CO2 – figures you wouldn’t be disappointed by if extracted from a diesel. If you’re particularly thrifty, a 91mpg-plus 1.4-litre diesel is on offer in the Polo – it’s not a special eco model like this – but after trying the new 1.0-litre turbo, you’d need a good reason to overlook it.

For starters it’s great value, so you’re not paying a premium for its eco credentials, and in being a downsized three-cylinder petrol engine, it’s flexible and refined right across the rev range. When you think you’re in a gear too high, whether that’s crawling through traffic in third or going for an overtake in fifth, a prod of the throttle will yield a notable surge in acceleration, bringing you up to speed with surprising urgency. 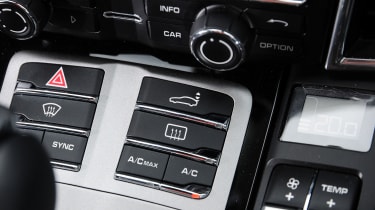 What’s missing is that low-end surge of torque you get from the 1.4-litre diesel, but once beyond 1,750rpm the revs spin smoothly all the way to 7,000rpm, accompanied by a muted, sophisticated thrum from the three-cylinder engine.

It’s the added layer of refinement which makes this new BlueMotion model the one to pick, if you’re the type of driver who likes to keep an eye on running costs. From start-up all the way to a motorway cruise, the BlueMotion never raises more than a whisper from the engine. It’s remarkably quiet for such a small car, aided by the well suppressed wind noise and complete absence of tyre roar at speed.

Nearly 70mpg from a 1.0-litre turbo may appear to be another overly optimistic target from a manufacturer, but after 140 miles over a variety of roads, we managed just shy of 55mpg without any real effort. If you put your mind to it, that 70mpg target could be more achievable than you may think. 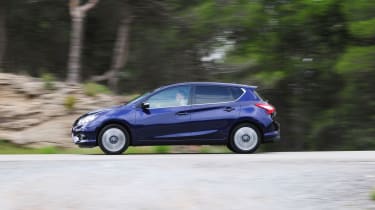 A standard five-speed gearbox may appear like a slight drawback, but the longer ratios ensure this car never feels like it’s running out of steam – it’ll comfortably sit at 70mph in fourth, such is the flexibility of the engine. And as ever, gearchanges are short and precise, while the steering is well weighted, consistent and accurate.

The car feels safe and solid rather than spirited, but it has a far more mature character than any of its rivals – never has the Polo felt more like a mini version of the Golf. You only have to travel 50 yards to notice the supple ride and the way it shrugs off imperfections like you’d expect from a model in the class above – largely helped by the smaller 15-inch alloy wheels, which come wrapped in deeper-sidewalled rubber. 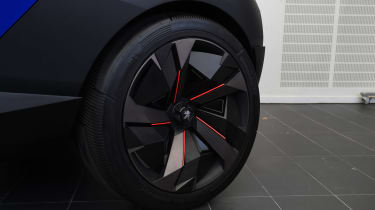 Other visual changes to the BlueMotion are minor, but there are enough to mark you out as someone who prefers mpg to bhp. The blanked-off front grille, subtle aero bodykit and unique 15-inch alloys all help the Polo cut through the air as cleanly as possible.

There’s nothing to mark it out once behind the wheel, but the BlueMotion is based on the S-spec Polo, so every model comes as standard with a multifunction leather steering wheel, DAB radio, air-con, a front centre armrest and cruise control. You also get a touchscreen infotainment system, which features a ‘Think Blue’ mode to train you to drive more economically.

Being a Polo, the newcomer is also immensely practical for such a small car. It’s available as a three or five-door, and offers plenty of space for adults sitting in the back, while the 280-litre boot increases to 952 litres once you fold the rear bench.