It's a comfortable and practical package, but the Q3 is let down by rear seats that don't fold flat 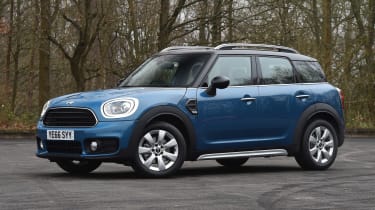 The Audi Q3 is only available as a five-door, five-seater, and thanks to its more upright body, it’s a more practical choice than the Range Rover Evoque. The high-set driving position gives you a good view of the road and the sports seats are comfortable, but the bus-like angle of the steering wheel feels a bit odd.

In general, for a car that doesn’t take up much more space on the road than the average family hatchback, it’s a very comfortable and pleasingly practical package.

The Audi Q3 measures 4,385mm from nose to tail, making it 30mm longer than a five-door Range Rover Evoque, and about the same amount shorter than the Mercedes GLA.

If you’re looking for an ‘in-house’ comparison, the Q3 is 75mm longer, 234mm wider and 183mm taller than the five-door Audi A3 Sportback.

In terms of passenger comfort, adults are looked after pretty well in the Q3. Two grown-ups will be very comfortable in the back, although a third won’t be quite as much at ease due to the restricted legroom caused by the central transmission tunnel. Isofix child seat mounting points are part of the standard package. 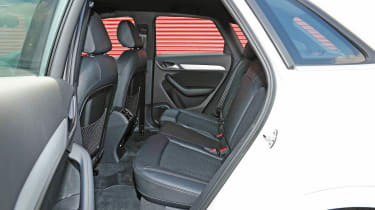 The elevated ride height makes getting in and out easy, particularly for less athletic occupants, and once inside the high roofline and large side windows ensure the cabin feels bright and airy (even more so if you specify the optional panoramic glass roof). The car also features lots of practical storage space, including large cup-holders and usefully wide door bins.

The boot isn’t the biggest in the crossover class, at 460 litres, but Audi has replaced the fixed parcel shelf with a rolling load cover to boost access. On higher-spec models, you also get a powered tailgate, which opens wide and leaves a flat load lip. 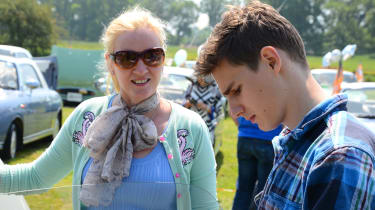 One criticism levelled at the Audi Q3 could be that while the boot space expands to 1,365 litres, the back seats don’t fold fully flat, so sliding things in and out is unnecessarily difficult. However, if you do need to carry longer items, Audi offers a folding front passenger seat as an option on the Q3.

The maximum towing capacity of the Audi Q3 varies between 1,800kg and 2,000kg, depending on the model. Drivers have a good variety of petrol and diesel engines to choose from depending on what they would like to tow, starting with the 148bhp 1.4-litre petrol, which will pull 1,800kg, before going all the way up to the 181bhp 2.0-litre diesel, which will tow 2,000kg.