Hotter Audi RS Q3 Performance adds more power and equipment, but is it worth the extra premium? 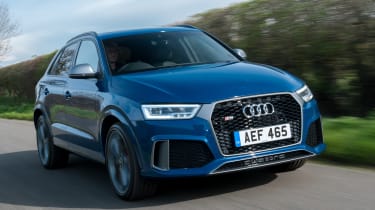 The Audi RS Q3 has always been a niche product, and a few extra horsepower and longer kit list does little to change that. It’s faster, yes, and more lavishly equipped, but at almost £50,000 a Porsche Macan S not only drives better but costs less, too.

The Q3 is Audi’s only ever SUV to get the RS treatment. But with 335bhp, it is also the German carmaker’s least potent RennSport model – even eclipsed by RS3 hatch. So, to bring the two in line, Audi has introduced the RS Q3 Performance.

It will be sold alongside the regular high-performance SUV for a premium of £3,365 until both are replaced before the end of the decade. The tweaks shave a considerable four-tenths from the car’s 0-62mph time (now 4.4 seconds) – making this one of the fastest SUVs money can buy. 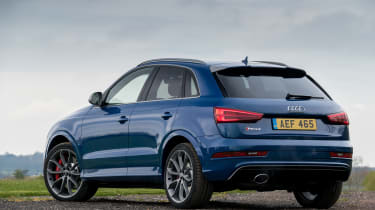 But the RS Q3 was never slow. The turbocharged 2.5-litre five-cylinder engine continues to pull strongly from a standstill, helped by the extra 27bhp and 15Nm of torque, plus standard-fit quattro all-wheel drive. Like the RS3, it sounds like a rocketship, too, emitting a deep burble from the single oval exhaust pipe. Push hard and it’ll pop and crackle on the overrun, too.

However, while you’ll never tire of the way this car sounds, you might wish more from the way it drives. The steering doesn’t offer much feedback and the SUV has a tendency to understeer through tighter bends. The RS Q3 can’t compete with the taughter RS3 hatch in the corners, because its bulky body is far more susceptible to roll. Against a Porsche Macan the Audi’s flaws are further highlighted – the Macan is an SUV that handles like a sportscar. 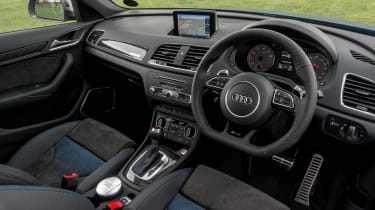 The S tronic gearbox has been tried and tested, though, and it suits the RS Q3’s fast and frantic nature. It’s performs smoothly in automatic mode, and will return rapid upshifts if you switch to Dynamic mode and take control using the paddles. The ride isn’t too bad on the 20-inch wheels, either, and despite the 25mm lowered suspension (over the standard Q3) it’s comfortable enough to live with day-to-day.

But while the noise and pace are a big part of this new RS Q3 Performance’s appeal, the £3,365 premium also accounts for a reasonable list of additional kit. On top of DAB radio, sat-nav and dual-zone climate control, the Performance gets new 20-inch alloys, red brake callipers and a titanium styling pack. Inside you’ll find carbon inlays with blue stitching, black leather and Alcantara seats and an LED interior light pack. 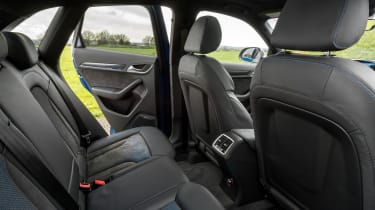 Practicality is unaffected, with a reasonable 356-litre boot. Fold the seats flat and that expands to 1,261 litres – and while that’s bigger than an RS3, it’s pretty much on a par with the equally punchy GLA 45 AMG. The steeply raked rear screen doesn’t help, while the tall transmission tunnel will mean three adults may struggle to stay comfortable on longer journeys in the back.