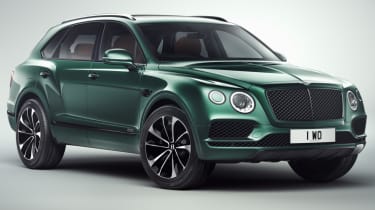 Bentley has announced a one-of-a-kind special edition Bentayga by Mulliner, inspired by the UK’s rich equestrian history. The exclusive Bentley Bentayga SUV, which comes painted in the lavish sounding ‘lustrous spruce’ shade (which looks a lot like British Racing Green), acts as a celebration of the marque’s partnership with The Jockey Club – an organisation which operates many of the most prominent racecourses in the UK.

The special Bentayga uses the 4.0-litre V8 diesel engine from the standard range, producing 429bhp, 900Nm of torque and capable of propelling the large SUV to 60mph from a standstill in just 4.6 seconds.

However, while the mechanicals are remaining the same, the interior of this Mulliner fettled car is very much bespoke. For starters, tweed has been used to line parts of the cabin and this is complemented by contrasting Cumbrian Green and Saddle leather hues used for the seats, dash and centre console areas. 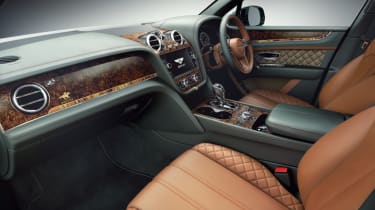 Sweeping in front of the driver is a Burr Walnut veneer, which is claimed to echo the design of some of the picture frames in The Jockey Club’s private rooms. The veneer also features a gold horse graphic, reminding occupants of the theme of this luxurious special edition Bentayga. As for the exterior, there is very little to distinguish the luxury SUV from other Bentaygas, and it sits on 21” diamond-turned black painted alloy wheels.

The Bentley Bentayga by Mulliner will be displayed at the Bentley pavilion at the 2018 Cheltenham Festival from 13 – 16 March and as it has (at the time of writing) yet to be sold, it could well find a home during the festival. That being said, Bentley has yet to announce how much this prized car will cost and with the standard diesel Bentayga costing £135,800, expect whoever buys it to pay far above that for the exclusivity this equestrian focused SUV will bring.

Limited edition SUVs are one thing, but which are the fastest SUVs in the world? Click here to find out.