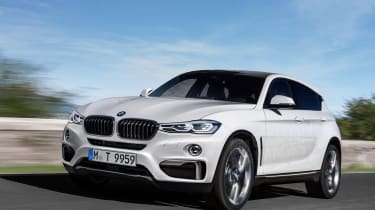 Not to be left behind by Audi’s explosion of new ‘Q’ models, BMW is plotting its own SUV expansion with the addition of an all-new baby crossover. Likely to be called the 1 Series Sport Cross, and known internally as the XCite, it’ll give BMW buyers a radical new entry point into SUV ownership and is earmarked for 2018.

Our exclusive images give you an idea how the sub-X1 SUV could look when it arrives. Trademark BMW design cues such as the kidney grille, chiseled panels and slim LED headlights will keep it in line with the rest of the range, but we’ve learned that a style-led design will be favoured over a more practical package.

The high waistline, shallow cabin, coupe-like profile and arch-filling alloys indicate that the 1 Series Sport Cross will be aimed at more style-conscious buyers. The similarly sized Nissan Juke has already blazed a trail in this class, proving that a huge number of customers dare to be different. 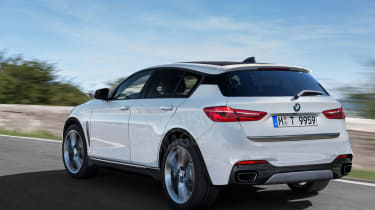 It’s understood – as indicated by the naming strategy – that the crossover won’t fill the gap where an X2 would be expected to sit. Instead, it’ll be a completely new model beneath the X1, and at a likely £20,000 will undercut that car by around £4,000. That’d put the 1 Series Sport Cross in uncharted territory for BMW, against a wave of new small premium rivals headed up by the Audi Q1.

In terms of proportions, think along the lines of a MINI Countryman, but due to its focus on style look to the soon-to-be axed MINI Paceman when it comes to practicality and packaging. The cabin is also likely to get a complete cosmetic overhaul, with BMW taking design inspiration from the radical i division. Expect a fusion of natural materials and metals, plus a more minimalist layout.

BMW will also take advantage of the new UKL1 front-wheel-drive platform, currently being rolled out across the entire MINI range. The next 1 Series and 2 Series are likely to be based on this, as is the new X1. 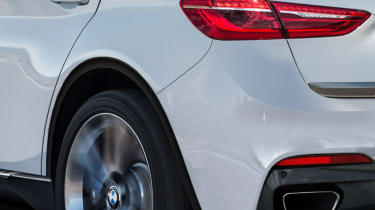 This means the Sport Cross should be made available with a mixture of three and four-cylinder petrol and diesel turbos, some of which are already available in the likes of the new 2 Series Active Tourer and MINI Cooper. M Performance or eco-optimised versions are unlikely, but BMW’s xDrive AWD system could be easily engineered into the product plan if required.

BMW’s roll out of the UKL1 front-drive architecture won’t stop at the Sport Cross, either. By 2017, the brand is aiming to have six other front-wheel-drive models in its range. The 2 Series Active Tourer MPV will soon be followed by a seven-seat Gran Tourer, while the next-generation X1, 1 Series and 2 Series will make the switch from rear to front drive, too. It’s also believed BMW is working on an all-new Z2 roadster, which will go up against the new Audi TT.

Check out our round-up of the best crossovers on sale now...

The BMW 1 Series is one of the best premium hatchbacks on sale, offering a combination of performance, efficiency and driver thrills
BMW 1 Series vs Mercedes A-Class vs Volkswagen Golf