Final report: the discreet two-door BMW M240i Coupe has been a fine all-rounder 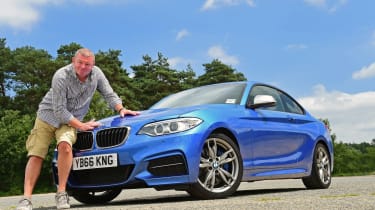 The more we drove the BMW M240i, the more we fell in love with the car. It’s a seriously rapid small coupe that’s also surprisingly refined and dead easy to live with at the same time. We’re not sure there’s anything else on the road that’s quite like it – even the more hardcore, faster and more expensive BMW M2.

Every once in a while you come across a car that delivers more than you expect it to. More performance, more usability, more of everything basically. The BMW M240i is one such car, especially as a coupe, although even the convertible version I ran for a while before swapping it for the coupe turned out to be far better than I anticipated.

There are various reasons why, but I believe the main one concerns the car’s styling. Maybe it’s the relatively small 18in wheels, maybe it’s the absence of any extrovert skirts and spoilers like the ones you get with the full house M2. But for whatever reason the M240i doesn’t look anywhere near as potent as it actually is, and I rather like that in a car nowadays.

No way, for instance, would you guess that this car can get from zero to 62mph in the exact same time as £165,000 Aston Martin GT8. Specify the optional (and excellent) 8-speed automatic gearbox and use the launch control system, however, and that’s how quick the M240i is. And if anything, it feels faster and more urgent from 50mph upwards than it does when leaving the line, thanks to its thunderous low to mid-range torque and its closely stacked gear ratios. 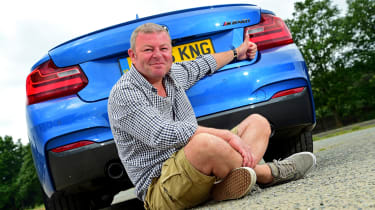 In Sport + mode in particular it feels every inch like a junior M-car, with its dampers set to maximum response, its throttle and gear change maps at maximum attack and its steering stiffened up to provide the sharpest reactions.

If anything I preferred the steering feel and responses in regular mode because selecting Sport + would add weight but not feel, but thankfully you can do that separately in the car’s iDrive menu, and again I found this a highly useful tool during the car’s tenure. My preferred everyday setting was to have the engine and transmission in sport with the dampers and steering in comfort, although whenever a really decent road appeared in the windscreen I tended to press Sport +, mainly because this would also put the esp system into a slightly more fruity mode.

I could find precisely zero to complain about with the M240i in terms of its quality and/or its reliability. Not a single fault occurred during the seven months that I ran the car, first as a convertible and then for the last four months as a coupe. 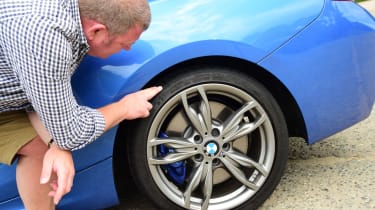 Even the Michelin Pilot Sport rear tyres hung on well, although I did have a strange run in with a man from Kwik Fit at one point, who refused to perform a simple nail puncture repair because he deemed the rear tyre to be “unsafe” having had its shoulders buffed (slightly) during some cornering shots the day before. I say strange because the guy at the next Kwik Fit round the corner performed the repair no problem at all, and said the tyre was absolutely fine…

Overall fuel consumption was just under 33mpg, which is pretty decent given the car’s performance potential. I thought the boot in the convertible was a bit pathetic compared with the coupe, and the rear seats in both are fairly useless for full size adults for anything approaching a long journey. Otherwise, though, I just fell for the M240i more and more, the further I drove it – especially the stiffer, sharper, far lighter coupe.

In the end I couldn’t recommend it more highly. As a deeply rapid Q-car that’s also surprisingly refined and dead easy to live with at the same time, I’m not sure there’s anything else quite like it, not even the full blown M2. 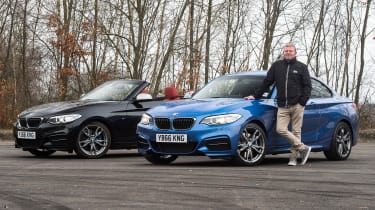 We wave goodbye to the BMW M240i Convertible, and welcome the Coupe in its place

A change is as good as a rest, they say. In Issue 1,475 I waved goodbye to the M240i Convertible I’d been running, replacing it with this fixed-roof version of the car – and what a difference.

While I enjoyed running the drop-top take on BMW’s compact M car lite, not least the few occasions where I managed to get the roof down and bask in the rich exhaust note from the engine, there were some niggles that put me off. That’s less so with the M240i Coupe, and the more time I spend with it and miles I do, the more I am falling for the hard-top.

Just occasionally you come across a car that over-delivers on your expectations, maybe because your expectations of it weren’t that high in the first place, and the M240i is absolutely one of those cars.

I think what I like most of all about it is that it doesn’t look anywhere near as quick or as exciting to drive as it actually is. Unless you look very closely indeed, it could easily be a more humble 220d Coupe in mildly sporty M Sport spec. The bodywork isn’t swollen in any way like it is, almost to the point of comedy, with the full-on M2. Its 18-inch wheels are not especially large, and it’s refreshingly free from wings and skirts.

Yet beneath the bonnet is a turbocharged 3.0-litre straight-six engine that is potent enough to fire it from 0-62mph in just 4.6 seconds, which 10 years ago would have been supercar quick. Its performance is entirely usable as well, in that there is always enough but rarely too much. 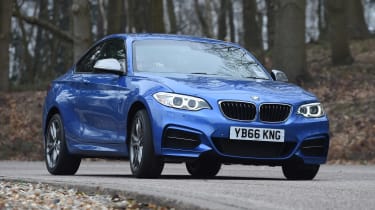 It puts its power down neatly on to the road, despite not benefiting from a limited- slip diff, and it’s also a touch softer than you might expect, in an entirely good way. True, you can stiffen up its £515 optional adaptive dampers by playing around with the Sport and Sport + driving modes, but the setting I drive it in mostly is with the engine and gearbox in Sport and the chassis set to Comfort. This gives me nice, snappy responses from the powertrain but without the filling-removing ride.

If a really tasty piece of road appears in the windscreen, I sometimes switch to Sport +, which firms up everything and puts the ESC into a more playful mode.

It’s a much more cohesive and complete performance car than the Convertible, but it’s not all perfect, as it suffers from the same issue with the rear seats as its sibling. Once you’re ensconced in them they are just about OK to sit in, but getting in and out of them is a bit ridiculous for adults.

The 390-litre boot, on the other hand, is surprisingly decent for a relatively small coupe, swallowing all sorts of filming gear, cases, crash helmets and other luggage.