Government-funded trial will see drivers who ditch their cars given £3,000 per year to spend on public transport 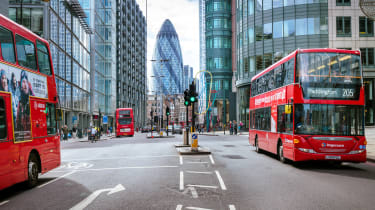 Drivers will be paid up to £3,000 per year if they agree to swap their cars for public transport, under Government plans to reduce congestion and air pollution.

A Government-funded trial this year will see motorists who give up their cars paid a sum of between £2,000 and £3,000 every year to spend on public transport, electric car hire and bicycle sharing schemes, the Times has reported.

Participants in the scheme will have credit loaded on to a travel card or smartphone app, which they can then spend on various alternative, eco-friendly transport methods.

Part of a £20 million Government future mobility grant, the project is to be launched in Coventry and then rolled out across the West Midlands Combined Authority – representing 12 councils – and further if it’s deemed a success.

For the duration of the trial period, more than 100 drivers are expected to temporarily give up their cars in to gauge how much funding will be needed to convince people to permanently change their modes of travel.

If the scheme is expanded to operate across the UK permanently, it will at first be paid for by the taxpayer, before long-term funding is found from private firms, such as electric car clubs, bus companies and train operators.

John Seddon, head of transport and innovation at Coventry city council, told the Times that the trial is “a variant of scrappage schemes of the past”.

Some groups questioned the effectiveness of the scheme, though. Andrea Lee of environmental law group ClientEarth said it “highlights the need for action on a national scale.”

Would you be tempted to give up your car in exchange for £3000? Let us know in the comments below...