Exclusive: Mate Rimac on his plans to hit the electric car big time

We speak to Mate Rimac on the launch of the C-Two hypercar, Porsche’s investment and the future of his company 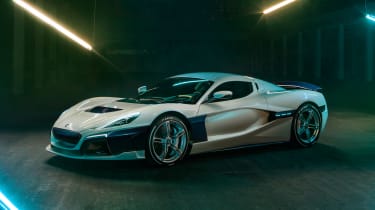 The vital organs behind many of the established automotive order’s next-generation cars aren’t being developed in-house. Instead, a number of industry giants are turning to a relatively modest Croatian company fronted by an enthusiastic inventor-cum-entrepreneur barely in his 30s.

Rimac Automobili – known to some as a low-volume electric supercar maker – is looking to spread its wings, and founder Mate Rimac sat down with Auto Express to explain how he and his team are making this happen.

“What we want to be is the ultimate company for high-performance electric cars,” he explained. “On one side with our own cars, but on the other side with components that will help other people make great cars.” 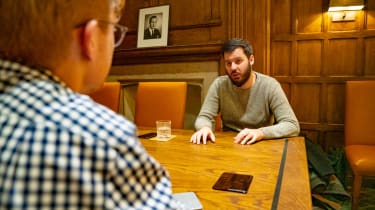 The firm is 10 years old now, but it’s made only enough cars to count on your fingers in that time. That’s all about to change, though. Beyond grabbing headlines with news of investment from makers such as Porsche and Hyundai, plus technology deals with Aston Martin and beyond, Rimac has just signed up with luxury car dealer HR Owen to sell its cars at a new showroom in Hertfordshire. Theoretically, Rimacs will be on UK roads by 2021.

The firm’s second model and first real production car – the C_Two – is in the final stages of development before a Geneva Motor Show debut in March, and Mate plans to increase production to 50 cars per year over three years. The C_Two is a 1,888bhp all-electric hypercar that the brand claims will be capable of 0-62mph in less than two seconds, 258mph flat out and delivering up to 340 miles on a single charge. We’ve seen plenty of cars like this in recent years, particularly from China. But Rimac has two key components many new electric car start-ups lack – credibility and resilience in an industry sceptical of newcomers. That’s why the company’s battery and motor technology is really making people sit up, pay attention and, in many cases, buy.

“We are a technology company first and then a car company,” Mate told us. “Most of these other people, they use suppliers to develop their stuff. All these other companies were not started in a garage, they have been started by Chinese billionaires.

“We intentionally don’t want to go into high volumes with our cars, and we want instead to scale up the component side of the business,” he explained, stressing that there’s a fine line between having a four-wheeled presence without alarming Rimac’s technology partners.

One of those joint ventures is with Porsche. Described by Rimac as “the best partner we could have,” the German marque’s decision to acquire a 15.5 per cent stake in the company is the most convincing stamp of approval it has received to date.

“What we hope to get out of the relationship is that Porsche helps us to go from low volume, to a tier-one automotive supplier. We are working on stuff that is not on the market yet – you don’t know about it. Porsche started Taycan before our relationship, but we have a bunch of new and upcoming things.” 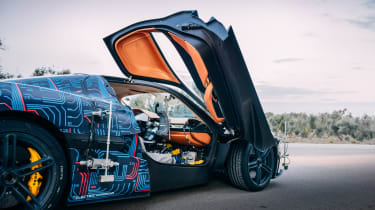 While Rimac is based in the Balkans, with a small factory in China, a British engineering shop in the UK’s motorsport valley between Oxfordshire and the West Midlands is something Rimac would like.

“We will start small and see how it goes, maybe with 20-30 people and go from there. We first need to get our foot in the water and see how it will run here.

“In Croatia we feel like we have exhausted our pool of people. There was no industry before, we have built our own pool. To get new people we can train is difficult. In the UK we can get experience, and I think you have the best talent pool for automotive in the world – that’s my feeling.”

The pioneer behind the cutting-edge EVs 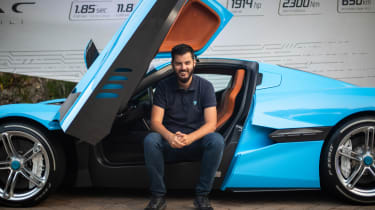 “Enzo Ferrari started building cars for people just to finance his racing. It kind of worked the same way for me,” claims Mate Rimac, referencing his first car – an all-electric, garage- converted E30 BMW 3 Series created in 2007, which quickly caught the attention of the motorsport and automotive engineering fraternity.

Rimac was born in the former Yugoslavia in 1988, and the electric powertrain developments created for his record-breaking “Green Monster” laid the foundations of Automobili Rimac, founded in 2009 when Mate was just 21 years old. Ten years later, he employs 600 people, has put Croatia on the car industry map and has the full attention of the automotive world. Watch this space.

Do you think Rimac will be a success in the UK? Let us know your thoughts below...