Absolute power: In one of the most eagerly awaited performance car clashes of 2016, BMW's M2 faces two scorching rivals from Ford and Audi 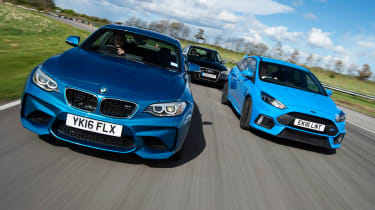 If you're after speed without breaking the bank, then 2016 has been a brilliant year so far. Ford's Focus RS has already seen off its four-wheel-drive rivals in a showdown on Spanish roads, so it's now the hardcore hot hatchback to beat.

But there's now a new driver-focused model prowling Britain's B-roads. The BMW M2 has the Focus squarely in its sights, and while it doesn't boast as tempting a price tag as the Ford, it promises to offer the same intoxicating mix of driver involvement, adjustable handling and dimensions that mean you can confidently deploy all the power on real roads, not just race tracks.

Using engine components from its bigger brothers, the M3 and M4, the M2 outguns the Focus RS for outright power, but Audi may have something to say about that.

The RS3 is as hot as the M2 and blends the premium appeal of the BMW with the all-wheel-drive security of the Ford. The Audi lost out last time round, but can it pull off a surprise win on British soil? We took all three for a spin on the road and the race track to find out. 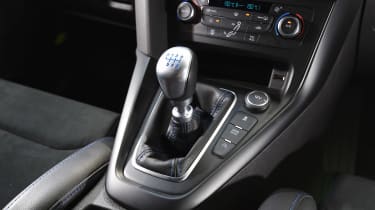 The Focus features a much-hyped Drift Mode, and although the system works, it doesn't feel as natural as rear-wheel drive. BMW does it the old-fashioned way, with a beautifully balanced chassis on the M2. While these two put the driver at the heart of the action, the Audi leaves you disappointed by its numb, lifeless chassis. 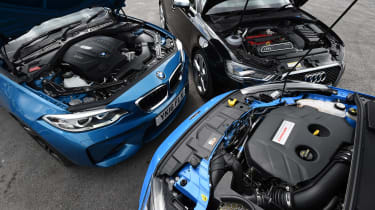 Our trio all have turbo engines, but with different configurations. The Ford has a four-cylinder that produces rally car-style pops, while the warbling five-cylinder Audi and silky six-cylinder BMW sound expensive. The beauty of the disparate units is how each suits the character of the cars. 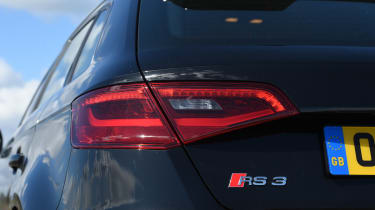 You get what you pay for in terms of brand image. The cheaper Ford has some boy racer connotations, and while the Audi and BMW can still play the hooligan, the badges on the Focus RS' German rivals arguably carry more appeal. 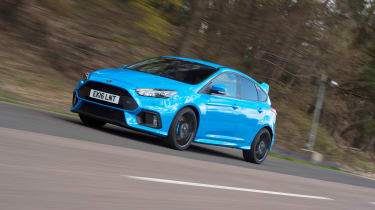 Ford has once again delivered a performance car for the people with this latest Focus RS. Price, practicality and eye-popping styling mean it carries a lot of appeal, while it drives, handles and stops just as well as the BMW. The fact that it's £16,580 cheaper to buy than the M2 and more cost effective to run seals the deal. This is a great fast Ford that'll go down in history. 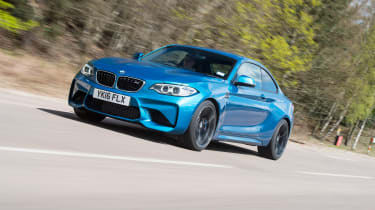 The M2's sublime chassis balance and more exotic engine tug on your heartstrings, but it's difficult to ignore the price - and how much of that it'll lose compared to rivals. Despite its performance advantage on test, the M2 is no faster than the Focus in the real world. However, a bigger boot and plusher cabin mean the BMW will be just as easy to live with. 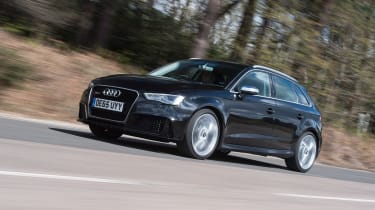 The RS3 falls into third place. While its powertrain is evocative of Audi's motorsport greats, its chassis can't match what's under the bonnet. It's beautifully built and certainly usable - plus there's no doubting the blistering straight-line performance on offer - but at this price, the way the RS3 drives leaves you feeling cold and, in this company, a little disappointed. 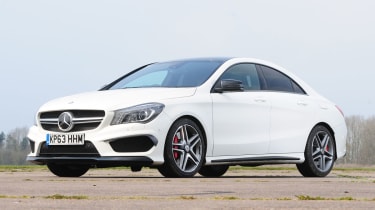 Combining coupe styling with four-door practicality, the new CLA 45 also offers more power than the M2 for less money. Four-wheel-drive and a dual-clutch box are standard, helping it cover 0-62mph in 4.2 seconds, and it has a 470-litre boot. 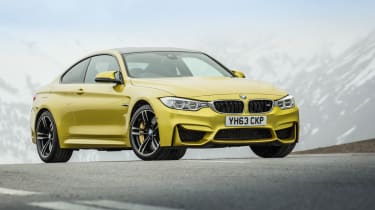 The M2's big brother, the M4, is a big step up for performance, but if you want the most explosive M car around, a lightly used M4 coupe is within budget. It's slightly faster, but it's harder to manage the engine. The M2 feels better balanced.