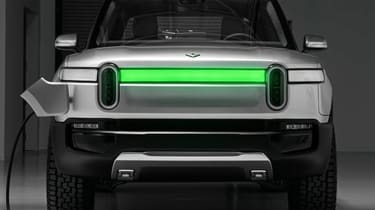 Ford and all-electric start-up Rivian have announced a $500m (£380m) deal that will see the two companies work together to develop a new, next-generation electric vehicle for the Ford brand.

Ford’s substantial investment in Rivian, which is also based in the US state of Michigan, will see the Blue Oval gain access to the newer company’s freshly developed, modular ‘skateboard’ electric platform.

Rivian has already revealed two production vehicles using the architecture. The R1S is a chunky, large electric SUV, which made its introduction at the 2018 Los Angeles Motor Show with a claimed maximum range over 400 miles. When it arrives it’ll have a sister model in the form of the R1T pick-up truck.

The move to poach Rivian’s technology in return for investment co-exists with Ford’s existing plans to develop a range of electric vehicles using new in-house platforms.

The industry giant previously announced that it will commit $11 billion towards the development of electric vehicles over the next few years, with the first car a 373-mile capable Mustang inspired crossover due on the roads in 2020. It’ll be followed in America by an electric version of the F150 pick-up truck.

Rivian will remain an independent company, but Ford executive Joe Hinrichs will join Rivian’s board.