Has the Type R’s arrival given the updated standard Civic a new lease of life? Here it faces the Skoda Octavia 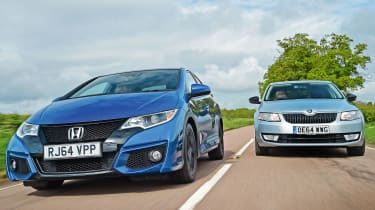 The Honda Civic has been a staple of the company’s line-up for more than 40 years, but while the name has remained the same over that period, the model has evolved beyond all recognition.

Although it started out as a small city car, the latest version – now in its ninth generation – is one of the most spacious compact hatchbacks you can buy. 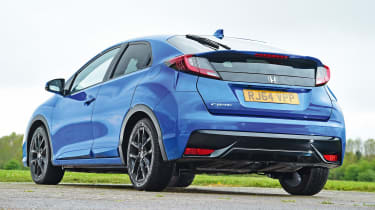 However, with so many tough rivals to take on in the class, Honda hasn’t rested on its laurels, so as well as launching a new Type R, the whole range has received some updates.

Chief among these is the introduction of Sport trim, which combines some of the Type R’s drama with the low running costs of a less powerful engine. Here we try it with the advanced 1.6 i-DTEC diesel. 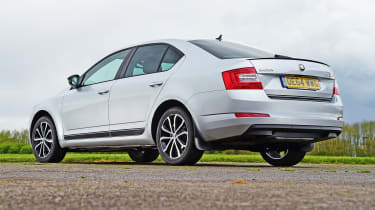 Honda isn’t the only brand to give its hatch an upgrade, because Skoda has made tweaks to the Octavia, too. It’s also powered by a 1.6-litre diesel, while SE Business spec should appeal to company car users – although it’s equally attractive to private buyers, too.

Has Honda done enough to keep the Civic in the hunt for class honours, or will the Octavia keep it at bay? We put the pair head to head to find out...

Read individual reviews by clicking the links above, and scroll down to find out which sensible hatch wins this test... 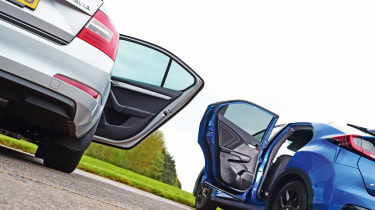 The Octavia is nearly 30cm longer than the Civic, but most of the extra length is added behind the rear axle, as there’s only 5cm difference in wheelbase between the two. However, it’s clear that Honda has sacrificed the size of the back doors in pursuit of sporty styling, as they make access to the rear seats harder. 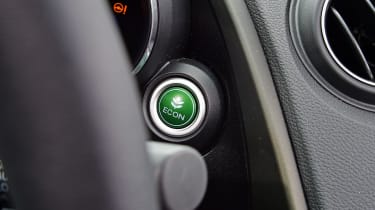 Both cars feature fuel-efficient driving modes. The Skoda can be switched between Eco, Comfort and Sport modes, while the Honda has a dedicated green button. It alters throttle response and illuminates the dash with blue light when you’re easy on the throttle. 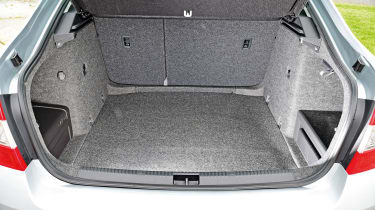 The Honda’s 477-litre boot has extra space under the false floor, which you can remove to load taller items under the parcel shelf. In the Octavia, the seatbacks are a long reach away, so Skoda’s added folding levers near the boot opening. 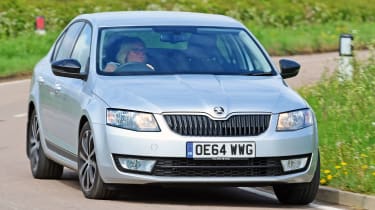 The Octavia is still one of the best compact family hatchbacks on the market. It has a breadth of talent that’s hard to beat, thanks to its spacious cabin, vast boot, engaging driving dynamics and low running costs. The 1.6 TDI isn’t going to set the world on fire with its performance, but in everyday driving it’s more than capable and only really struggles at high speeds. 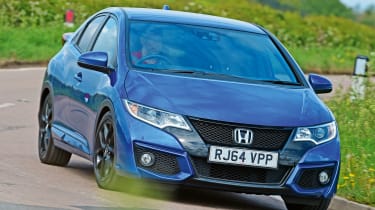 While the Civic is a decent compact hatch, there are too many compromises to be made for it to secure victory here. Back-seat space isn’t great, while the driving experience is a bit of a letdown when compared to the sharp and agile Skoda’s. But the biggest stumbling block is price. If Honda could knock £1,000 off and throw in sat-nav for free, the car would be a lot more tempting. 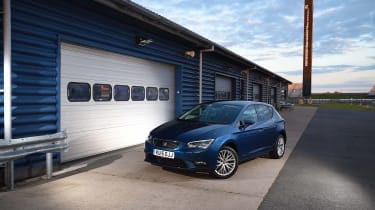 If the Octavia doesn’t look sporty enough for you, then the Leon is a great alternative. It uses the same TDI diesel, and while it’s not as roomy, the Technology Pack adds sat-nav, DAB radio and excellent LED headlights. 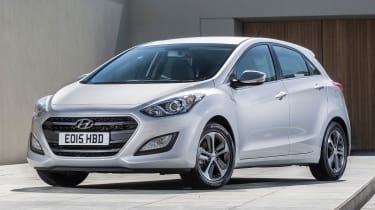 The i30 has just been given a fresher look and cleaner engines. Emissions of 94g/km place it in the 16 per cent Benefit in Kind bracket, while a lower price and longer kit list make it more attractive than the Civic. Plus, Hyundai’s five-year warranty backs it up.