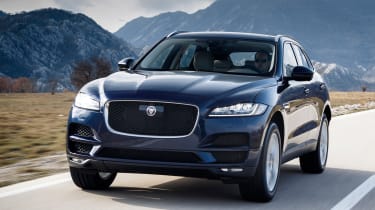 Jaguar has announced a range of updates for 2018 model year versions of its XF and XE saloon as well as its F-Pace SUV, introducing new engines, new technology and additional equipment.

The big news is the addition of three new Ingenium engines, including petrol versions of the new Jaguar Land Rover power units for the first time. A 2.0-litre twin turbo petrol engine is available in two different states of tune – 197bhp and 247bhp – alongside a new 237bhp twin-turbo Ingenium diesel packing up to 500Nm of torque.

197bhp and 247bhp petrol models will get 20t and 25t badging, while Jaguars with the new diesel powerunit will be known as 25d cars.

Jaguar has also launched a new app for the infotainment systems fitted in each vehicle, which allows users to pay for fuel at Shell petrol stations directly from their cars.

Order books for the three refreshed Jaguars and their new derivatives are open now.

Plenty of changes are inbound for the F-Pace SUV, with the biggest news the addition of a new entry-level diesel version. It’s now available with the existing 161bhp Ingenium 2.0-litre diesel previously reserved for the XE, delivering CO2 emissions of 126g/km. Mated to a manual gearbox and rear-wheel-drive, it gets a claimed 59.2mpg and will be badged as the F-Pace E-Performance.

A second fresh diesel choice will also go on sale boasting the new 237bhp 2.0-litre twin-turbo. Mated to an all-wheel-drive system and an eight-speed automatic gearbox, Jaguar claims fuel economy of 48.7mpg with CO2 emissions of 153g/km. In terms of performance, the F-Pace 25d is capable of 0-62mph in 7.2 seconds. 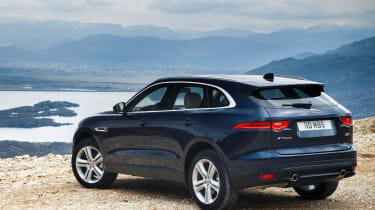 The more powerful 247bhp petrol is also on the way. In the F-Pace it delivers 365Nm torque and 0-62mph in 6.8 seconds, with CO2 emissions of 170g/km and fuel economy of 38.2mpg. The final drivetrain tweak is for the existing 178bhp diesel F-Pace, which can now be ordered with an automatic rear-wheel-drive transmission for the first time.

The XF gets three fresh engines as part of the updates – all three of them the new petrol and diesel Ingenium units.

The 197bhp 2.0-litre petrol gets an automatic gearbox and rear-wheel-drive, sending the XF to 62mph in 7.5 seconds. In terms of fuel economy and emissions, Jaguar claims 41.5mpg and 154g/km CO2.

The more potent 247bhp version of the new 2.0-litre engine gets the same efficiency numbers while delivering a quicker 0-62mph time of 6.6 seconds. Unlike the 197bhp car, all-wheel-drive is available, but results in a slight increase in exhaust emissions to 158g/km. 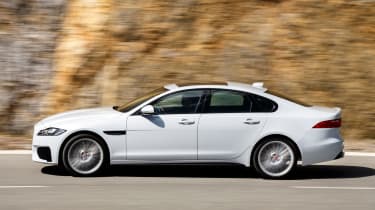 Other tweaks for the Mercedes E-Class rival include new Adaptive and Configurable Dynamics options on certain models, a gesture operated boot lid, new driver and front passenger seats as well as a trio of new safety assists, including blind spot detection.

Jaguar’s BMW 3 Series rival is furnished with changes under the bonnet too, with three new engine options and a power boost for the performance flagship XE S model.

The 197bhp 2.0-litre petrol is more frugal in the smaller, lighter XE than it is in the XF, managing 45.1mpg and 144g/km CO2. With the new engine on-board, 0-62mph takes 7.1 seconds. Again, the more powerful 247bhp version delivers the same fuel economy and emissions but with greater performance, taking 6.3 seconds to do 0-62mph. An all-wheel-drive system makes the options list, cutting the 0-62mph time to 6.2 seconds but bumping exhaust emissions to 154g/km. 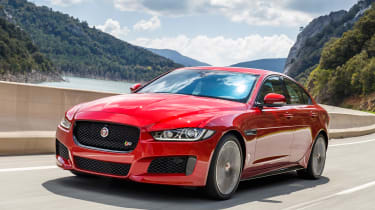 At the top of the petrol range, the XE S now comes packing 375bhp, though Jaguar has not yet released any revised performance figures.

Like the XF, the XE is now available with Configurable Dynamics as a standalone option on certain models, it also gets the gesture-controlled boot lid and additional safety assists and features. In the cabin, a 12.3-inch TFT virtual instrument cluster replacing the traditional dials is now included with Touch Pro infotainment.

What do you think of the new updates? Leave us a comment below...