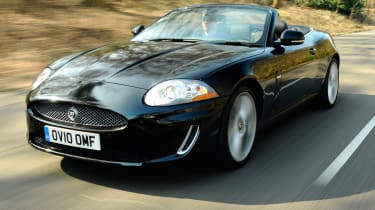 The Jaguar XK Convertible is a glamourous luxury sports car. It is more fun to drive than a Mercedes SL and BMW 6 Series Convertible, and has great performance from its V8 engine. However, it is expensive to run and it's starting to show its age against newer rivals.

There aren't many cars that do wind-in-the-hair motoring as well as the Jaguar XK Convertible. With a 380bhp 5.0-litre V8 and a 0-60mph time of 5.2 seconds, it's a very fast car indeed. And with the roof down, you can hear even more of its glorious engine note. The handling is just as good as the Coupe, with sharp steering, lots of grip and agility and a more involving drive than, say, a Mercedes SL. It's also easy to drive with a slick six-speed automatic gearbox, and cruises happily at high speed. There is some roar from the big tyres but roof-up, the multi-layered hood is good at insulating you from road noise.

Like the Coupe, the Jaguar XK Convertible requires an oil baron to run it. You will struggle to get more than 25mpg while 264g/km CO2 emissions mean you will be hit by the top tax band. Depreciation will be higher than a BMW 6 Series, Mercedes SL and Porsche 911 Convertible too, while bills will be big for servicing and replacing items such as tyres.

The Jaguar XK is a beautfiul car - and the Convertible version looks more at home on the French Riviera than any other Jaguar. Its traditional fabric electric roof looks great – much more elegant than the folding metal roof in the Mercedes SL – while the long, low bonnet and pert tail are carried over from the Coupe. You'll be admiring it in your driveway without a doubt. The BMW 6 Series and Merc SL may boast higher quality interiors, but the Jaguar beats them for emotion. It has lots of lovely leather and wood materials - with a great driving position that has lots of adjustment thanks to electrically operated steering and seats.

Whereas the more expensive Maserati GranCabrio can seat two adults in the back, the Jaguar XK Convertible is really a two seater – the rear seats are best used as extra luggage space. The electric roof folds into the space behind the rear seats in around 20 seconds and buffeting is low on the move thanks to a rear wind deflector.The roof mechanism does rob some boot space over the Coupe, and there's no hatchback to ease loading either, but both models have as much room as the average supermini, so there is still space for golf clubs and some squashy bags.

As the years go by, Jaguar models get more and more reliable. The Jaguar XK did not feature in the Auto Express Driver Power Survey as not enough models are sold, but with the XF ranking at 47 out of 100, it's clear reliability is still not a Jaguar strong point. That said, the XK has lots of airbags, traction and stability control and a pop-up pedestrian-protecting bonnet, so is very safe. 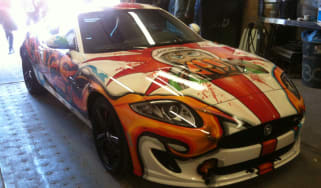 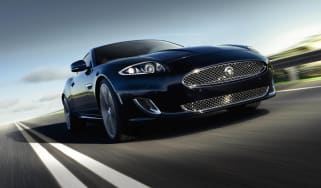 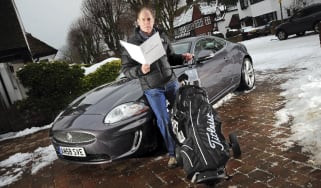 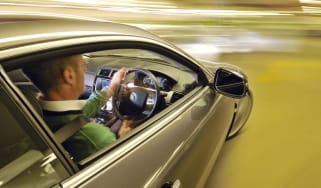 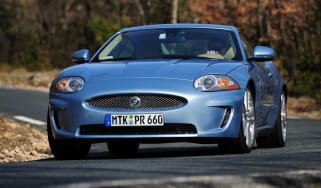 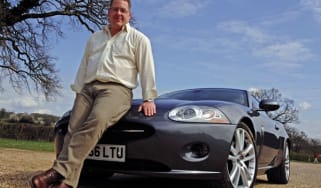 A year with the sensational Jaguar XK, our car of 2006
Jaguar XK Convertible review 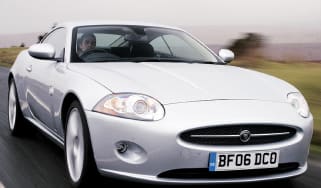 Jaguar has plenty to be proud of. The XK is great to look at, modern, desirable and sure to be a success.
Jaguar XK Convertible review 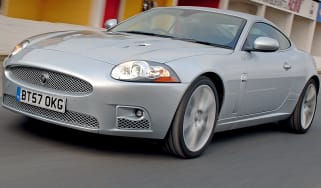 The XKR is pretty and endowed with superb road manners, a great cabin and muscular performance.
Jaguar XK 2006 review 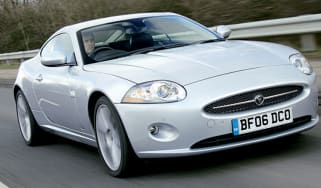 We've already been impressed by the XK, so could the Jaguar XK Coupe be the most exciting new car of the year?
Skip to HeaderSkip to Content