Has Jeep created a winner with its new Cherokee 4x4? We test it on road and off against Nissan and Land Rover 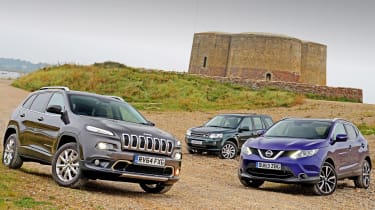 The Jeep Cherokee is back, with a radical new design, a Fiat-sourced diesel and generous kit across the board. But where does the newcomer fit into the 4x4 landscape? To find out, we’ve lined up our favourite crossover and one of the best compact SUVs in the business.

While the Nissan Qashqai is focused on being family friendly, the brand does offer a four-wheel-drive option. In top-spec Tekna trim, it carries a similar price tag to the mid-spec Cherokee Longitude Plus, so it’ll be a stern opponent.

Our second rival is the Land Rover Freelander. Even though it’s coming up for replacement, the smallest Land Rover can still show newer models a thing or two about quality, practicality and off-road prowess. The SE Plus model is only £100 more than the Cherokee, too. Can the latest Jeep overcome both of its rivals? Or is it a step too far for the newcomer?

Read individual reviews by clicking the links above, and scroll down to see which car came out on top... 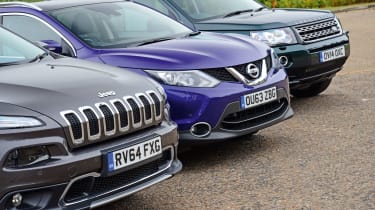 It’s a matter of personal taste, but Jeep hasn’t been that successful in its attempts to make the Cherokee look different. The chrome-trimmed seven-bar grille and three separate light housings on either side look odd – the other cars’ integrated headlamps are far smarter.

The Freelander appears upright and restrained when compared to its rivals, but as with the Qashqai the styling cues mean you instantly know which maker has built it. 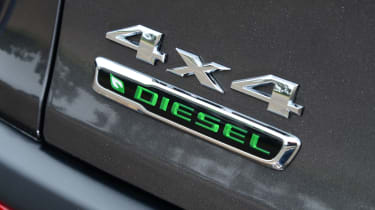 The Cherokee and Freelander have permanent four-wheel drive, but the Jeep’s Rear Axle Disconnect system disengages the rear wheels to boost economy on the road. The Nissan has reactive 4WD, which sends power to the wheels with the most grip when the traction control senses the tyres slipping. 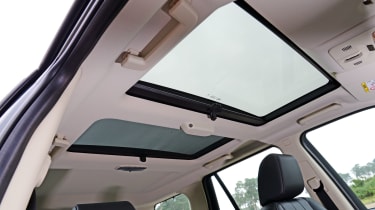 Options are limited on all three cars, but the Jeep offers a wireless charging pad (£75) for suitable phones. You can add panoramic glass to all three models, although the Nissan’s doesn’t open. But you have to spend £3,500 to upgrade to a Cherokee Limited if you want leather seats. 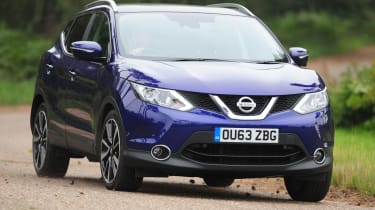 The Qashqai takes victory here, thanks to its low running costs, versatile interior and grown-up, car-like driving dynamics. It’s not as capable off-road as its rivals, but it has more than enough ability for most people’s needs, and makes up for it with refined on-road manners, and a generous list of standard kit for the price. If you don’t need 4WD, then the front-wheel-drive version is better still. 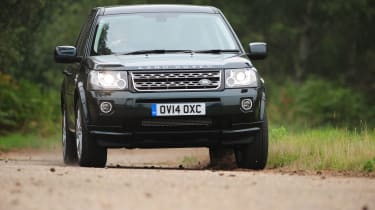 The Freelander 2 proves there’s life in the old dog yet, and it’ll be a tough act for the Discovery Sport to follow. It’s quiet and refined, has plenty of standard kit in SE Tech guise, and offers more off-road ability than any owner is likely to use. Although it’s expensive and costly to run, there’s a feelgood factor that makes the Freelander an appealing choice. 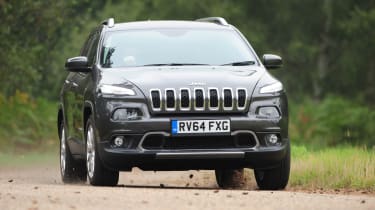 Even if you ignore the awkward looks, the Jeep Cherokee is a disappointment. Build quality trails its rivals’, the diesel feels slow and the chassis only really works well when cruising at motorway speeds. Sure, the sliding back seats are a neat touch, the colour displays are easy to get on with and economy is good for a 4WD SUV, but it looks pricey, and it’s not as spacious as its rivals, either.