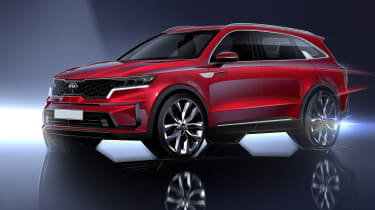 Kia has revealed official images and details on the next-generation Sorento SUV, which will make its public debut at March’s Geneva Motor Show.

The new Sorento will be available as a seven-seater, making it Kia’s flagship SUV in the UK. When it goes on sale later this year, it will remain a rival for models such as the Hyundai Sante Fe, Skoda Kodiaq and Land Rover Discovery Sport.

A set of vertical rear lights, which are adopted from the US-market Kia Telluride, can now be found at the rear along with a more steeply raked roofline and redesigned tailgate. 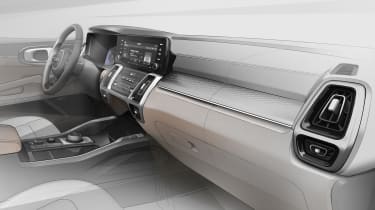 Thanks to a new platform, Kia will also update the Sorento’s engine range, adding a plug-in hybrid powertrain for the first time. The system will likely comprise a four-cylinder petrol engine mated to an electric motor and an automatic gearbox.

Like the outgoing model, a diesel option will also be available with either a six-speed manual or an eight-speed automatic gearbox.

What do you make of the new Kia Sorento? Let us know in the comments section below…

Welcome to our Geneva Motor Show hub page, scroll down for all our Geneva content...
New 2020 Kia Sorento goes on sale as UK prices are announced